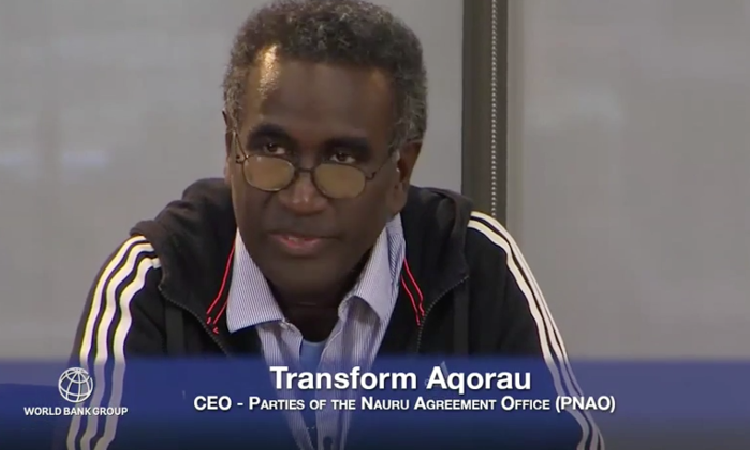 A group of educators and professionals led by Transform Aqorau recently announced the formation of Pacific Catalyst, a partnership designed to foster new policies and a fresh generation of leaders in the Pacific Island fisheries.

Aqorau, formerly the director of the Pacific Islands Forum Fisheries Agency (FFA) and the CEO of the Parties to the Nauru Agreement  (PNA), is the founding director of Pacific Catalyst, which will count on the participation of theUniversity of South Pacific, the University of Wollongong, Duke University, iTunalntel, and the Environmental Defense Fund.

“I have worked in a pioneering role in the region, providing a pathway for Pacific Islanders [so] that we too can make a contribution and not just constantly be relying on outsiders for support. So I am not afraid to take up new challenges,” said Aqorau, who was the first Pacific Islander to head the FFA, and later the first islander to lead the PNA.

Aqorau told SeafoodSource his experience as the head of the PNA will help Pacific Catalyst get off the ground quickly.

“In five years, with the intellectual horsepower and cajoling and all the infighting of having to work with a disparate grouping of countries, we increased the value of the fishery from USD 60 million [EUR 52 million] in 2010 to USD 470 million [EUR 407.5 million] by the time I left. This legacy is manifested in a new USD 3 million [EUR 2.6 million] headquarters being built for the Marshall Islands Marine Resources Authority and a USD 3 million headquarters for the PNA in Majuro,” he said.

Pacific Catalyst plans to use the University of South Pacific in Suva, Fiji, as its headquarters and the site of a future training center and think-tank. The group will initially focus on sustainable and innovative approaches to tuna fishing.

“[Tuna] is an interesting resource from the point of view of its political economy because it is a global industry. The players have very diverse socio-economic and political foundations and aspirations,” Aqorau said. “There are also cutting-edge technologies that are being engaged to monitor what is happening across the huge expanse of the ocean, so bringing all these challenges together makes for an interesting mix for analysis and solutions.”

By targeting younger generations in a university setting, Pacific Catalyst hopes to grow a new generation of policy makers and leaders in fisheries management. Aqorau said the group will provide fellowships along with mentoring and teaching, and tap newcomers into the extensive intellectual network he and his colleagues have built over the years.

“In the Pacific Islands, you have to identity individuals and mentor them. That is what Pacific Catalyst will try to do. We cannot think it will just happen. We have to provide them with ongoing support, encouragement, and engagement,” Aqorau said. “Ultimately, of course, we hope to create a think tank at USP, providing fearless and forthright policy analysis … to demand what is best for the peoples of the Pacific Islands.”