Arlington, Virginia; Noumea, New Caledonia; Honiara, Solomon Islands; Wollongong, Australia, 29 July 2021 – Global warming is expected to progressively push tuna populations from the waters of 10 Pacific small island developing states (SIDS) into the high seas, disrupting island economies, according to a new collaborative study by Conservation International and a consortium of technical agencies, including the Pacific Community (SPC), the Pacific Islands Forum Fisheries Agency (FFA), the Parties to the Nauru Agreement Office (PNAO), the University of Wollongong and their partners.

The research, published in the journal Nature Sustainability, explores the impacts of ocean warming on tuna and quantifies the potential financial losses that these Pacific SIDS are likely to incur as tuna are redistributed due to climate change. [Scroll to the end of the text for a summary.]

The robust modelling done during the multi-disciplinary study demonstrates that, if ocean warming continues at current rates, the tuna catch in the combined waters of the 10 Pacific SIDS is expected to decline by an average of 20% by 2050.

“This is a climate justice issue,” said Johann Bell, lead author and the Senior Director of Tuna Fisheries at Conservation International’s Center for Oceans.

“The 10 Pacific SIDS have a deep economic dependence on tuna fishing, but contribute little to global warming. In contrast, nations responsible for 60% of historical greenhouse gas (GHG) emissions would benefit from the migration of tuna to the high seas.”

Simon Nicol, Principal Fisheries Scientist (Fisheries and Ecosystem Monitoring and Analysis) at SPC, said: “The new modelling shows for the first time that tuna catches are likely to decrease in each of the 10 Pacific SIDS by 2050 under a high GHG scenario.

“Previous modelling indicated that some of the 10 Pacific SIDS would be losers and other winners from tuna redistribution. This new study demonstrates that all of the 10 tuna-dependent economies will be negatively impacted.”

The lower tuna catches are expected to reduce the access fees that Pacific SIDS receive from distant-water fishing nations to operate in SIDS waters, resulting in annual losses of total government revenue in the range of 8% to 17% for some Pacific SIDS by 2050 under a high emissions scenario.

Such losses, according to the Director-General of FFA, Dr Manu Tupou-Roosen, will have serious consequences for Pacific governments and people, who depend on tuna revenue to support livelihoods and vital programs in key sectors such as education and health.

“The losses are also expected to reduce the financial flexibility needed to assist communities to adapt to climate change,” she said.

The study identifies two pathways that would likely limit the impacts of tuna migration away from the region:

The Director-General of SPC, Stuart Minchin, said: “Pacific SIDS are disproportionately suffering from a crisis for which they are hardly responsible.

“Tuna redistribution is one of the many consequences of climate change, one which is expected to further weaken Pacific economies and important food systems already heavily impacted by COVID-19.

“This critical situation has already been raised in several international fora including the UN Security Council and will be highlighted by the Pacific Island region at COP26 in Glasgow. We strongly hope that it will lead to concrete commitments by the COP and the UNFCCC architecture including its financing mechanisms.”

The study also shows that tuna redistribution has implications for the management of one of the world’s largest fisheries.

“When tuna move from the exclusive economic zones of Pacific SIDS to the high seas, it is more difficult to enforce the regulations designed to sustain the stocks and the economies that rely on them,” said Sangaalofa Clark, the CEO of PNAO, the Pacific Island countries that have implemented the world-class Vessel Day Scheme to manage tuna catches sustainably within their combined waters.

According to Quentin Hanich from the University of Wollongong, the implications of tuna redistribution are potentially severe and need to be addressed through cooperative management consistent with the international legal framework.

“The WCPFC has already begun to consider such issues and adopted a Resolution on Climate Change in 2019,” he said.

New levels of cooperation between the two regional fisheries management organizations – responsible for regulating tuna fishing in the high seas areas of the western and central Pacific Ocean and in the eastern Pacific Ocean – will also be needed to ensure a balance that benefits both natural resources and Pacific Island economies.

The study, “Pathways to sustaining tuna-dependent Pacific Island economies during climate change” was authored by scientists and other experts from 21 institutions. It is dedicated to the late Sue Taei, the former Executive Director of Conservation International’s programs in the Pacific Island region, and the first person to call for an investigation of the climate justice implications of tuna redistribution.

Climate-driven redistribution of tuna threatens to disrupt the economies of Pacific small island developing states (SIDS) and sustainable management of the world’s largest tuna fishery. Here we show that by 2050, under a high greenhouse gas emissions scenario (RCP 8.5): 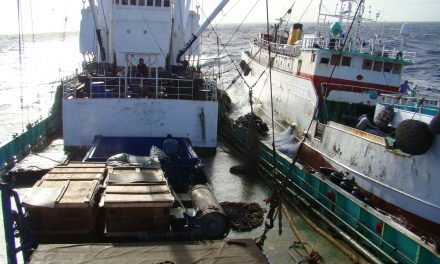 High seas tuna transhipment: what it is and why it should be reformed 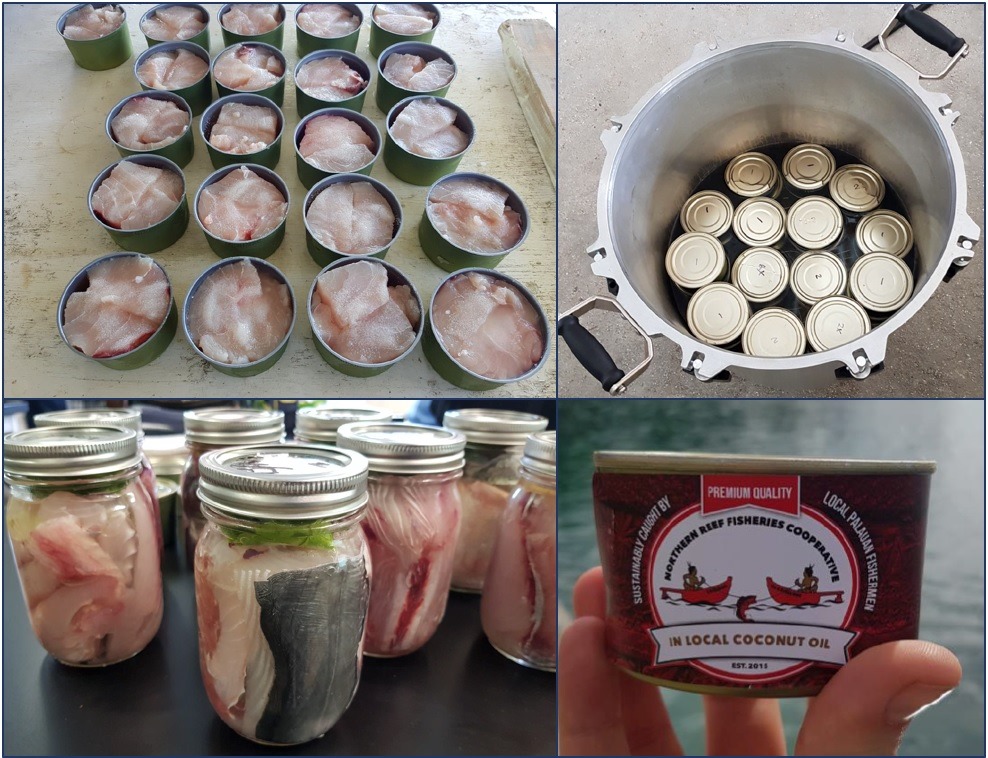