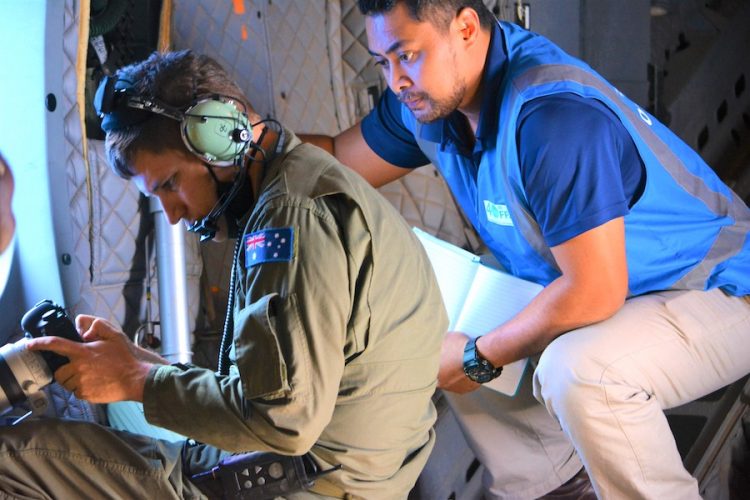 Honiara, 28 October 2020 – One of the largest maritime surveillance operation in the world, Operation Kurukuru, concludes on Friday, 30 October, after two weeks of international cooperation by aircraft, ships, and national organisations to target illegal, unregulated and unreported (IUU) fishing in the Pacific.

“It’s a vast area to monitor for IUU fishing. Activities such as Operation Kurukuru 20 underline the importance of our cooperation to ensure we can be effective in conducting surveillance and enforcement,” says FFA Director-General Dr Manumatavai Tupou-Roosen.

“It is a significant commitment by our Members and Partners. We sincerely thank all of those who participated across the Pacific. We work best when we work together.”

There are 12 guardian class and Pacific patrol boats from Pacific nations operating alongside five French navy and United States coastguard vessels during Operation Kurukuru 2020. Six aircraft from the FFA and the quadrilateral regional partners are providing air surveillance, and trials are being conducted using satellites and other emerging technologies.

Overall, 19 countries are involved in Operation Kurukuru 2020. Local and regional partners, including fisheries, maritime police, defence forces, and other maritime security agencies were encouraged to work closely alongside one another, and the results have been positive according to Surveillance Operations Officer Commander Robert Lewis, RAN.

“We’ve already identified several potential vessels of interest; that is, they may be conducting illegal fishing, have inappropriate vessel markings, or be acting unusually. Ships or aircraft have been redeployed to look into these vessels further, and the investigations are ongoing with our FFA Members,” says Commander Lewis.

The aim of Operation Kurukuru is to detect, deter, report and/ or apprehend potential UU fishing activity, but it also works to build capacity of national surveillance initiatives through support and mentoring from the Regional Fisheries Surveillance Centre at FFA.

FFA assists its 17 member countries to sustainably manage fishery resources that fall within their 200-mile exclusive economic zones (EEZs). FFA provides expertise, technical assistance and other support to its members, who make decisions about their tuna resources and participate in regional decision-making on tuna management. Find out more here: www.ffa.int.