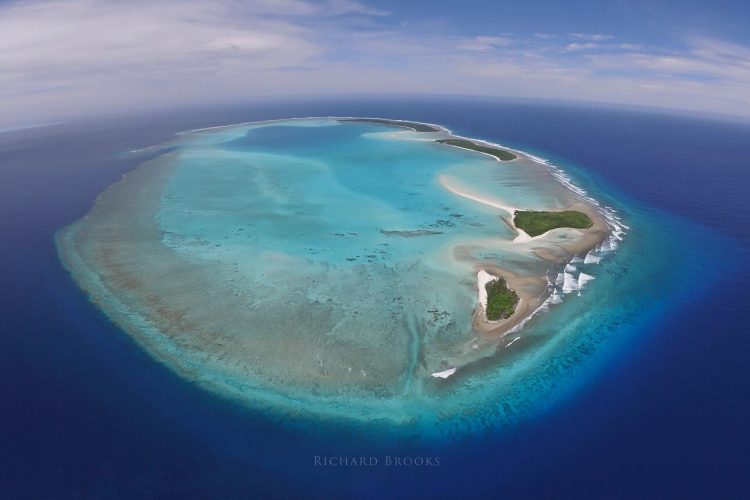 Kayangel State, one of the sites of the coastal surveillance system. Photo: Richard Brooks

The United States is stepping up its presence in Palau to protect it from a range of threats like illegal, unreported and unregulated fishing (IUU) with the official launch of the coastal surveillance system (CSS).

On Oct. 2, the United States Defense Department, Scripps Institution of Oceanography and the Palau government held a ribbon-cutting ceremony to announce that the CSS in outlying states of Kayangel and Angaur.

The CSS is to help Palau monitor maritime traffic and vessels’ presence in its EEZ especially with the nation about to close a huge portion of its waters to commercial fishing by January 1, 2020.

The CSS according to marine law enforcement can operate the system and see vessel movement and help the nation achieve maritime security and enhance capabilities to deal with threats at sea.

The systems were installed in Angaur and Kayangel and in the future in other Southwest Islands States where there have been numerous reports of IUU fishing in these areas.

Travis Scharamek, Academic Program Management Officer of Scripps said that Palau would be the first nation in the world to test the new surveillance system.

The US, which funded the radar, will also install the system in three more sites in the Southwest Islands of Hatobei and Sonsorol States.

He said because of the distance of those states from Koror, where the marine law is, the system can help respond to issues faster.

Palau Vice President Raynold Oilouch said the system would help the country combat maritime security issues such as IUU and provide the needed technology to be able to monitor vessels of up to 75-mile radius.

Coinciding with the official launching of the CSS, the US deputy military commander for the Pacific, Army General John “Pete” Johnson said that the US is stepping up its involvement in the region to help deal with economic threats like illegal fishing.

Johnson was in Palau last week to attend the celebration of Palau’s 25th Independence Day on Oct. 1.

“We are committed to the defense of Palau in any aspect regardless of the threat,” Johnson said.

The UN Food and Agriculture Organization (FAO) estimates IUU fishing accounts for up to 26 million tons of fish a year, translating to between $10 and $23 billion.

President Tommy Remengesau has earlier said that  “The Palau sanctuary law is more than a conservation policy. It also enhances our capabilities to combat pirate fishing,” IUU fishing is a global problem that requires global solutions,

The law takes effect in 2020 and, 80 percent of the country’s EEZ will still be a no-take zone, while 20 percent is designated as a domestic fishing zone.