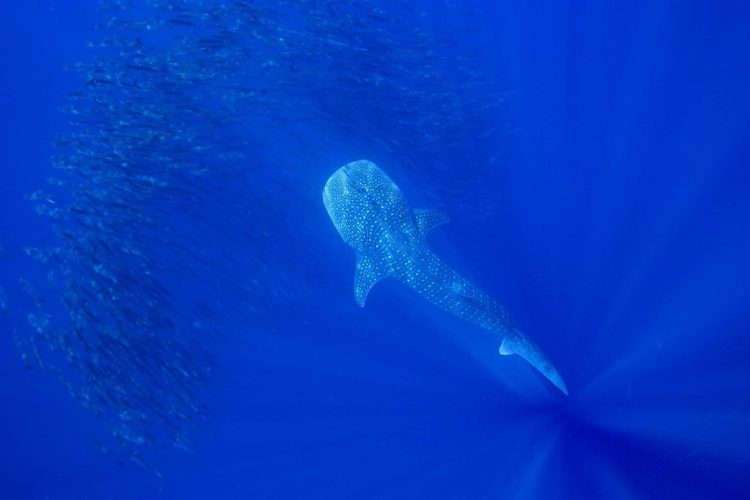 The Philippines government recognized whale sharks’ importance to tourism and has since worked to better manage and conserve all shark species.
Photo: The Pew Charitable Trusts/Steve De Neef 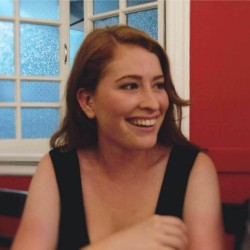 This is the fifth in a series of articles commemorating a decade of shark conservation work.

Even as momentum builds for protecting sharks through regional and international bodies, many countries have opted to act with their own conservation laws. The Philippines, for example, developed a framework and passed a bill to protect these vital animals, and Fiji is finalizing regulations to prohibit commercial fishing of most shark species within its waters. Both countries have championed listings of sharks and rays by the Convention on the Conservation of Migratory Species of Wild Animals (CMS) and the Convention on International Trade in Endangered Species of Wild Fauna and Flora (CITES).

The Pew Charitable Trusts caught up with A.A. Yaptinchay, director of Marine Wildlife Watch of the Philippines, and Aisake Batibasaga, former fisheries officer of Fiji’s Ministry of Fisheries, to hear how decisions for domestic protections for sharks and rays have propelled the two countries into the role of shark champions.

Q: How did your country decide it needed to protect and manage sharks?

Aisake Batibasaga: I became aware of the less-than-honest practices of fisherfolk and exporters fishing Fiji’s waters. Illegal fishing practices were rapidly depleting shark populations across Fiji. Shark bycatch was increasing, as local fishing crews were complementing their meager incomes [by selling] fins. Working with local, regional, and international partners, we set out to develop strong policies to better conserve and manage vulnerable and endangered shark species. We continue that work today in the hope that sharks remain an integral part of our marine ecosystem, our tourism industry and economy, and our culture.

A.A. Yaptinchay: The Philippines lies within the Coral Triangle, the center of marine biodiversity in the world, and sharks are very much an important part of the Philippine seas. We have seen sharks utilized as food, from directed fishing and bycatch, as well as tourism. We were concerned that there is not enough information available or management measures in place to ensure that our shark populations are not negatively affected.

Q: What hurdles did you overcome to help get these measures passed?

Batibasaga: Lack of resources, expertise, and funds to provide wider coverage and coordination between fisheries, border patrol, and customs officers. Organizations such as the Pacific Islands Forum Fisheries Agency (FFA), the Secretariat of the Pacific Regional Environment Programme (SPREP), and the Pacific Community (SPC), and especially Pew have been instrumental in providing technical expertise, support, and resources for advocacy and strategic policy development in Fiji and the region—and for this we are deeply thankful.

Yaptinchay: We try to employ a participatory and interdisciplinary approach in the development of the 2020 Roadmap and the Shark Conservation Bill, but it is difficult to get input from all the stakeholders, including sectors like the cosmetics industry. Transparency and shared information are critical. The bill is with our politicians now, and momentum has waned because of the national elections in May 2019, but we expect progress after the campaign period.

Q: What changes have you seen as a result of these policies in the perception of sharks within your communities?

Batibasaga: Due to strong advocacy and strategic outreach on the ecological, economic, and social significance of sharks, Fijians are beginning to understand that protecting their sharks and reefs is tantamount to protecting the fish the locals eat—the Pacific islanders’ supermarket. Sharks are no longer just a culturally iconic predator but a vital part in the marine ecosystem and economy.

Q: What management measures are in place or in progress in your country?

Batibasaga: Protections for CITES-listed species are under the Offshore Fisheries Management Act and corresponding regulations. Fiji is finalizing regulations under the act to protect many shark and ray species from commercial fishing. Fiji also has both a regional and national plan of action for sharks and implements the conservation and management measures from the Western and Central Pacific Fisheries Commission, including a ban on catching silky and oceanic whitetip sharks.

Yaptinchay: Aside from the National Plan of Action—Sharks, the Philippines’ 2020 Roadmap targets increased information, regulation, awareness, and governance on issues related to shark conservation. One output is the Shark Conservation Bill, which was approved in the House of Representatives in February 2019. The Philippines also recognizes all sharks and rays listed in CITES as fully protected in the country, and the entire island of Cebu also passed local legislation to protect all sharks, rays, and chimeras.

Q: How have domestic measures helped make your country a global leader in shark conservation?

Batibasaga: Fiji government representatives are not only the voice of Fiji but the voice of the region. Protecting sharks is protecting our marine biodiversity, which is integral to our way of life. The Pacific must lead the way, since we are among those most prone to adverse environmental challenges. Our shark and ray regulations will act as a model for our Pacific neighbors and countries around the world. We may be a small island country, but we will continue to champion conservation efforts because our way of life depends on the actions we take today.

Yaptinchay: The Philippines has been championing species for listing in both CMS and CITES. We realized that the Philippines is in a unique position to influence our neighboring countries, particularly the ASEAN region, to support more international treaties and commitments and use the outputs and learnings from our projects as a means of promoting shark conservation globally.