Republished from The Interpreter, 8 December 2017

The western and central Pacific Ocean is home to the world’s most productive tuna fisheries, supplying global markets with canned tuna, sashimi and other tuna products. Industrial catches of skipjack, yellowfin, bigeye, and albacore are collectively worth approximately US$5.7 billion per year and account for 57% of the global tuna catch.

Unlike the predominately high seas tuna fisheries in other oceans, the tuna fisheries of the western and central Pacific overwhelmingly occur in waters under national jurisdiction – largely within a small group of Pacific small island developing states. These tuna fisheries are the only significant resource for some Pacific island nations, particularly the atoll countries, and have long been viewed as the primary development opportunity. Tuna can contribute up to 75% of government revenue, provide important employment opportunities and a critical source of food.

While the Pacific small island states hold sovereign rights over the most productive tropical fishing grounds, most of the catch is taken by vessels owned by companies from distant countries, such as Japan, the US, Taiwan, China, South Korea and in the European Union. These foreign vessels may either be based in Pacific island countries (due to licensing or joint venture requirements) or operate from a distant port.

Conservation is increasingly a concern as some tuna and associated species are threatened by overfishing. In addition, fishing levels often exceed maximum economic yields, significantly influencing productivity and profitability.

For the past two years, the Western and Central Pacific Fisheries Commission (WCPFC) has been negotiating a replacement conservation measure to manage the tropical tuna fisheries for skipjack, yellowfin and bigeye. The WCPFC was established by treaty in 2004 with a mandate to ensure the long-term conservation and sustainable use of the region’s tropical tuna fisheries. The WCPFC comprises all of the key coastal and distant water fishing nations (including Australia) and meets annually. 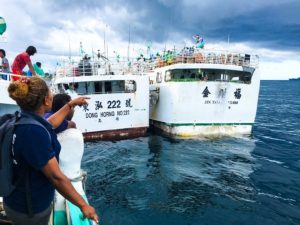 Longliners in the Solomon Islands

For the past week, approximately 700 delegates from more than 30 countries and territories met in Manila and argued over the replacement measure. Despite two years of preparatory work, and some inspiring leadership from the chair – Rhea Moss-Christian from the Federated States of Micronesia – delegates struggled to reach agreement due to ongoing fault-lines between the developing small island states on one hand and developed distant water fishing nations on the other.

The WCPFC faces a complex challenge. Consistent with the WCPFC Convention, scientific assessments have recommended a precautionary approach that protects tuna stocks and maintains the integrity of the ecosystem. The challenge is complicated not only by trans-boundary issues, also that each species of tropical tuna is caught by different gear in a tightly inter-meshed manner that is difficult, if not impossible, to separate. The migratory characteristics of these tropical tuna fisheries make it difficult to sufficiently limit catches of vulnerable bigeye, for instance, without impacting on fleets targeting the more resilient skipjack.

Successful conservation will involve sharing the burden. Given present levels of overfishing, some or all WCPFC members must compromise and under international law, the commission must ensure that conservation measures do not place a disproportionate conservation burden on developing states. Simultaneously the global community has recognised the importance of fisheries to small island nations by 2030 under the UN Sustainable Development Goals.

Over the past week, developed distant water fishing nations paid lip service at best to the special requirements of small island nations. While Japan and the Pacific small islands countries drove negotiations for strong conservation measures, the US and China demanded increases in their limits above recommended levels. Under pressure from the US to limit participation, the chair cut most negotiations to heads-of-delegation only, undermining the ability of some small island countries to effectively participate without technical support staff, and destroying any pretence of transparency.

To reach agreement, Japan effectively gifted some of its unused limits from previous measures to China, while the US created a pool of all the unused potential limits from its Pacific territories to enable its Hawaiian longline fishing fleet to almost double its allowable quota. 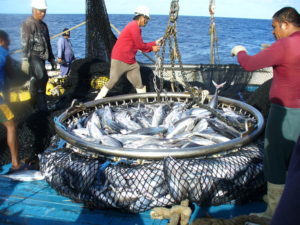 The overall package of measures will not limit fisheries to scientifically recommended levels. But it does include two key provisions that offer hope. First, it establishes target reference points for skipjack, yellowfin and bigeye that will enable the development of long term harvest strategies. Second, the WCPFC agreed to establish a high seas allocation process to equitably distribute rights to the high seas fisheries. The Pacific small island nations had already allocated and limited their exclusive economic zone fisheries under the sub-regional Palau Arrangement. Now it is time to allocate rights for the high seas fisheries.

The two provisions allow the WCPFC a chance to resolve its ongoing conflict and answer important equity questions that are fundamental to conservation negotiations in the Pacific. This would modernise fisheries management, to explicitly determine what conservation burden each state should carry depending on their development characteristics. This approach is already evident in climate change negotiations, where there are principles of differentiated responsibilities between developed and developing states.

Equity concerns are fundamental. The WCPFC currently struggles to address these concerns in an ad hoc process for each conservation measure, leading to deeply political and economic arguments within a management and science framework that is not suited to this task. This framework inevitably becomes politicised as members propose conservation measures that best protect their own interests, and refute conservation arguments that don’t.

Hopefully, the WCPFC has now let a little light in. The new harvest strategy and allocation processes will open the way to negotiate transparent and equitable rules to manage these crucial fisheries. 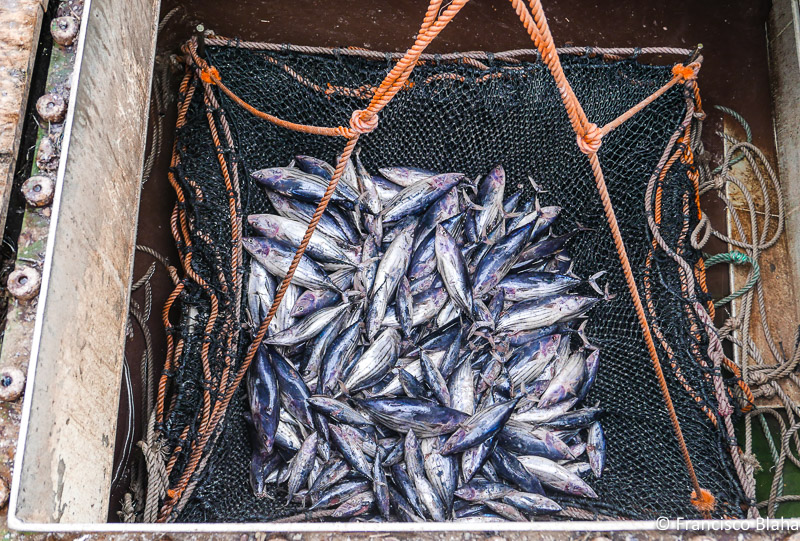 Tonga gets $US10 million grant for fisheries management 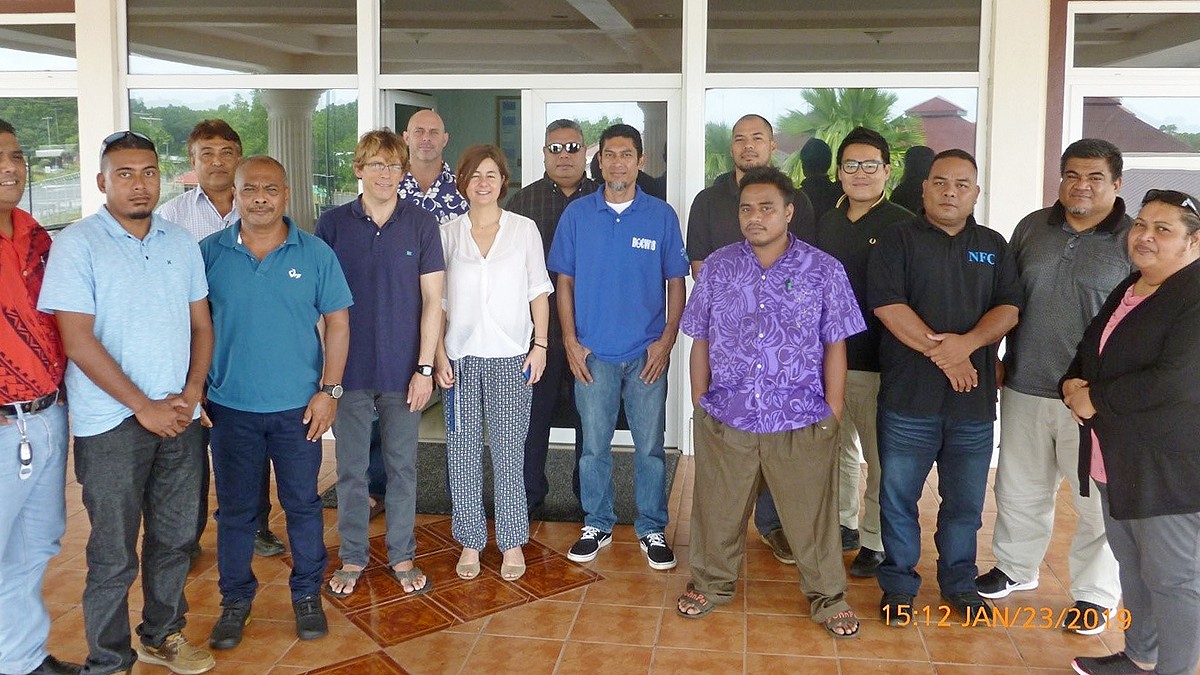 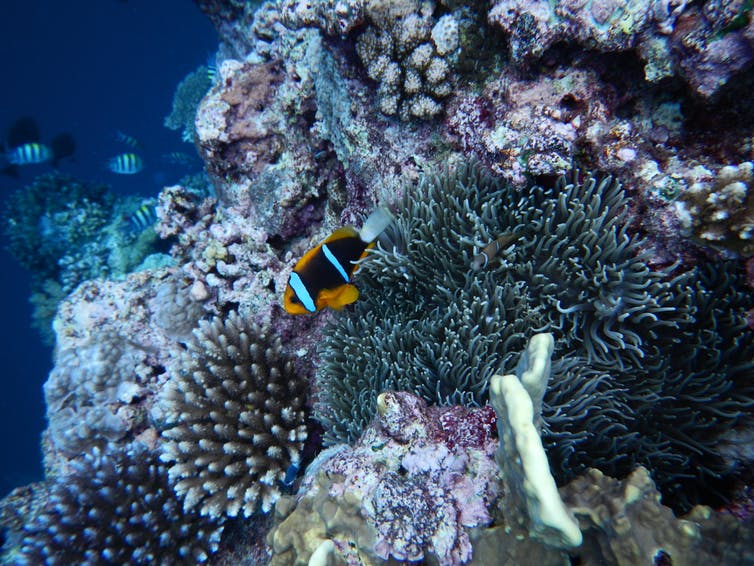 To succeed, large ocean sanctuaries need to benefit both sea life and people