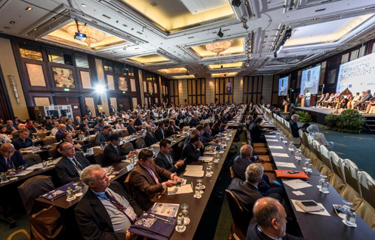 Among the sponsors was the Food and Agriculture Organization of the United Nations (FAO). Jong-Jin Kim, FAO’s deputy regional representative for Asia and the Pacific, said during his opening address that the international community now has at its disposal a number of new and powerful instruments with the potential to drastically reduce and eliminate illegal, unreported, and unregulated (IUU) fishing, including the FAO Port State Measures Agreement (PSMA), the FAO Voluntary Guidelines on Catch Documentation Schemes and the FAO Global Record of Fishing Vessels.

The 2009 FAO Agreement on Port State Measures (PSMA) is the first binding international agreement to specifically target IUU fishing. Its objective is to prevent, deter, and eliminate IUU fishing by preventing vessels engaged in IUU fishing from using ports and landing their catches. Entering into force in June 2016, 54 States and the European Union have joined forces by becoming Parties to the PSMA, as of May 2018.

FAO Voluntary Guidelines on Catch Documentation Schemes were officially adopted by the FAO Conference in July 2017 and, with seafood trade at record highs and consumer demand still rising, CDS are increasingly seen as an effective tool. For example, since 2010, the European Union has used a CDS that covers all fish shipments imported into the bloc from overseas; and in 2016, the United States announced its own scheme, the Seafood Import Monitoring Program (SIMP). In 2017, ASEAN adopted the voluntary ASEAN Catch Documentation Scheme for Marine Capture Fisheries to enhance intra-regional and international trade of fish and fish products.

“The FAO Voluntary Guidelines on Catch Documentation Schemes is the first international policy document that provides a ‘gold standard’ for governments and businesses looking to establish systems that can trace fish from their point of capture through the entire supply chain – from ‘sea to plate’ – in order to stop illegally caught fish from entering the marketplace,” De Young said.

Key to the Global Record, De Young said, is the Unique Vessel Identifier (UVI) – a global unique number that is assigned to a vessel to ensure traceability through reliable, verified, and permanent identification of the vessel. Once assigned, the UVI is with the vessel for its entire life, regardless of changes in flag, ownership, or name. To date, IMO numbers have been allocated to more than 23,000 fishing vessels worldwide. Countries are closing the net on IUU fishing as countries around the globe, De Young said, calling out Argentina, Brazil, Chile, Colombia, Ecuador, El Salvador, Guatemala, Panama, Peru, Thailand, the United States of America, Vanuatu and the European Union member states for praise, as all have started disseminating their data through the Global Record Information System. Launched in April, 2017, the Global Record initially includes larger vessels (100 gross tonnage, or 24 meters and above) but aims, over time, to include official information on vessels all the way to 10-50 GT or between 12 and 18 meters.

“The FAO, as a whole, has been implementing a project in supporting developing countries to achieve sustainable fisheries, and to eliminate IUU, which is funded by MAFF,” Okabe told SeafoodSource.