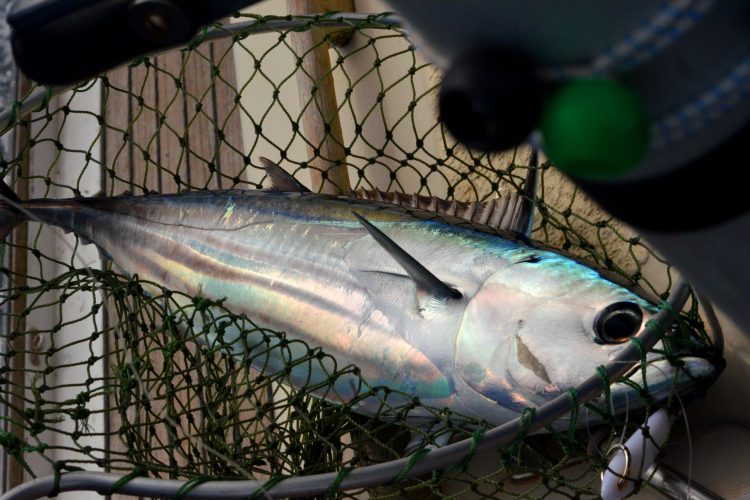 HONIARA, 24 October 2019 – Pacific Community (SPC) fisheries scientist Sam McKechnie says SPC’s research shows an easterly move for skipjack and yellowfin tuna species in the Western and Central Pacific Ocean that will be clear by 2050 and pronounced by 2100.

According to a September 2018 SPC report, the prediction is driven by the degradation of fish spawning habitats due to higher ocean temperatures.

Part of SPC’s climate modelling focuses on the effects of climate change on bycatch species such as sharks, seabirds and turtles. While not of commercial interest, these animals are immensely important for ecological diversity and food security.

McKechnie said that the SPC research optimistically shows that some species, like the yellowtail kingfish, may be able to adapt to predicted changes. This capacity occurs when there is higher genetic diversity in a species and it is able to thrive in warming waters. Yellowtail kingfish can be bred easily in captivity, making it an excellent test subject for studying the impacts of climate change on large species that live in the open ocean.

Management of fish stocks in the exclusive economic zones (EEZs) of Pacific countries and on the high seas depends on understanding current stock levels. It also depends on estimating catch levels so that Pacific countries can capitalise on the fisheries economically and socially, while maintaining sustainable limits. Programs developed by SPC, for example TUFMAN 2, support rigorous documenting on vessels to ensure accurate catch reporting.

“There’s a big update coming in the next couple months that will be rolled out,” McKechnie said.

“TUFMAN has been extremely valuable for us and there’s more components that have been added recently […] that will hopefully increase the value of the data and that there will be less mistakes.

“The better this interface gets, the easier it is to validate.”

Eugene Pangelinan, the Executive Director of the National Oceanic Resource Management Authority (NORMA), thanked SPC for support in this area, as electronic reporting is a priority for the Federated States of Micronesia (FSM).

“We have been pushing forward on implementing the electronic monitoring on all our commercial fisheries, foreign and domestic, by 2023,” he said.