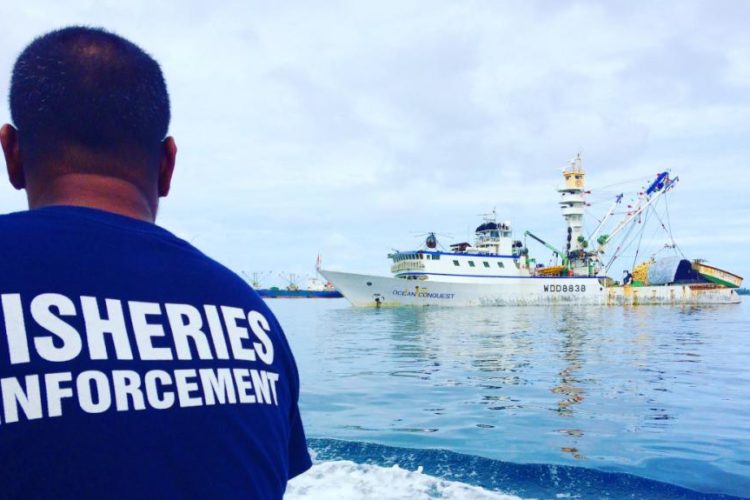 The recent Pacific Community (SPC) 11th Heads of Fisheries meeting held in Noumea, New Caledonia from 11-13 March 2019 has been briefed on a large marine partnership initiative to improve economic, social and environmental benefits for Pacific states.

The €45Million Pacific-European Union Marine Partnership (PEUMP) Programme jointly funded by the European Union (EU) (€35Million) and Sweden (€10 Million), is a multi-partner project which promotes stronger regional economic integration and the sustainable management of natural resources and the environment in the Pacific region.

The PEUMP programme addresses some of the most serious challenges faced by the region such as the increasing depletion of coastal fisheries resources; threats to marine biodiversity, including negative impacts of climate change and disasters; the uneven contribution of oceanic fisheries to national economic development; the need for improved education and training in the sector; and the need to mainstream a rights-based approach and promote greater recognition of gender issues within the sector.

Head of Cooperation at the EU Delegation for the Pacific, Christoph Wagner reaffirmed the role of the EU as a reliable and close partner of the Pacific and said: ”The Pacific–European Union Marine Partnership Programme supports the sustainable management of fisheries, food security and blue growth in the Pacific region, in line with the Regional Roadmap for Sustainable Pacific Fisheries. The oceans are a life force that sustains our planet and every person on it. Therefore it is so important to join up in the Pacific and set an example on how to manage marine resources more sustainably.”

Speaking on behalf of Sweden, Åsa Hedén, Head of Development Cooperation, Regional Office for Asia and the Pacific said: “Following the New York Ocean conference co-hosted by Fiji and Sweden in 2017, Sweden presented its largest national budget for supporting environment, ocean and climate initiatives. In this commitment, we recognise the PEUMP programme as a unique intervention with its multi-sectoral approach with different stakeholders at regional, national and local levels working towards sustainable management of the Ocean. As a co-financier, we are pleased to be part of this initiative. It is evident that the PEUMP programme has taken on a serious people-centred approach to promote direct opportunities and positive changes for the people of the Pacific Islands, targeting women, men, youth and vulnerable groups.”

SPC’s Director General, Dr Colin Tukuitonga said: “As the largest region on Earth and with climate change being more widely recognised as an immediate and pressing priority, the Pacific region will quickly become a hub for international climate change research and a focus for debates around conservation and resource management. The Blue Pacific narrative will ensure that our region has a leading, independent and united voice on these issues. The PEUMP partnership will provide further support to help ensure that, as stewards of the Pacific, we are working collaboratively to manage and preserve our ocean resources to ensure a sustainable future.”

The SPC is working in partnership with the Forum Fisheries Agency (FFA), Secretariat of the Pacific Regional Environment Programme (SPREP) and the University of the South Pacific (USP) to implement the PEUMP over the next five years. Each agency with be working with a number of implementing partners such as the International Union for the Conservation of Nature (IUCN), Locally Managed Marine Areas (LMMA) network, Pacific Island Tuna Industry Association (PITIA) and the World Wide Fund for Nature (WWF). 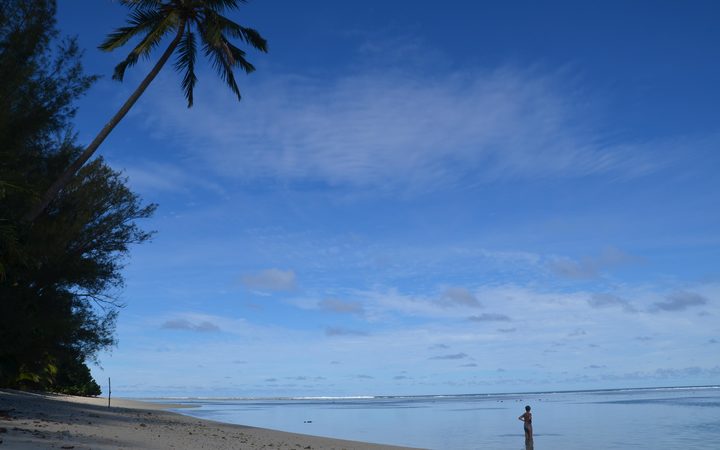 Four key regional agencies have signed a deal with the European Union to help promote sustainable management and sound ocean governance in the Pacific.

The agencies, the Forum Fisheries Agency, the Pacific Community, the Secretariat of the Pacific Regional Environment Programme and the University of the South Pacific, have signed the deal this week in Nauru.

Called, the Pacific-European Union Marine Partnership Programme, it will address, among other things, the depletion of fish resources and the threat to marine biodiversity, including climate change and disasters.

EU representative Jean-Louis Ville said there was an urgent need to act.

“We trust that we are now at the right time to form a joint alliance and coalition on issues related to international ocean governance for which the Pacific European programme will form a very solid foundation,” he said.

It will be used to support regional and national level activities in the Pacific.

US extends military spending in Pacific

The United States said it planned to give $US7m in military spending to Papua New Guinea, Fiji and Tonga.

Speaking in Nauru, US Secretary for Interior Ryan Zinke said the money would support training equipment and other security co-operation priorities identified by these Pacific nations.

In addition, the US will provide $US750,000 a year in international military exercise and training to PNG, Fiji, Tonga and Samoa to support training for military and police forces.

The US will also assist PNG with harbour security during APEC in Port Moresby in November.

It is part of the $US290m commitment by the US to support foreign militaries in the Indo-Pacific region.

Another $US720,000 will go towards supporting women’s empowerment over the next three years.

Nearly half a million will go towards building up the Nauru Electoral Office in a programme which New Zealand is also funding.

Australia said the plan was to create a better-informed electorate and implement more transparent and inclusive electoral processes.

The extra assistance was announced on the sidelines of the Pacific Islands Forum meeting in Nauru.

All up, Australia’s planning to spend more than $US18.6m to support Nauru in the coming year.

New Zealand and Japan are to work together to ensure the success of the Pacific Climate Change Centre in Samoa.

He says the Climate Change Centre will help Pacific nations combat the impacts of climate change over the coming decades.

The centre is already under construction at the Apia campus of the Secretariat of the Pacific Community Environment Programme in Apia and expected to open in the middle of next year.

Mr Peters says New Zealand is putting up US$1.96 million dollars for the centre.

The Pacific environmental agency SPREP says it’s happy with the progress made on conservation issues at the Western and Central Pacific Fisheries Commission meeting in The Philippines last week.

Measures approved by the commission included prohibiting the dumping of plastic from fishing vessels and moves to protect threatened species, namely seabirds, turtles and sharks.

SPREP’s threatened species advisor, Mike Donoghue, says they are substantive gains for conservation in the Pacific.

“We’re very pleased that we now have an opportunity to hold vessels and their skippers more accountable. We will be very pleased to work with Pacific island countries to and other interested parties to develop and deliver training modules so that crews understand that what used to be accepted practice in years gone by, just isn’t acceptable anymore, ” said Mike Donoghue.