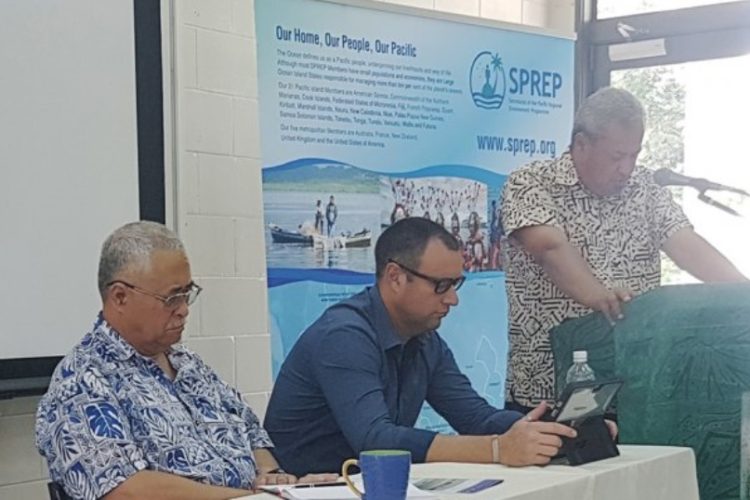 The Regional Fisheries Roadmap report card for 2017 has been published and there is much to be optimistic about.

However, Pacific Forum leaders still have their work cut out for them this week as there are areas that need improvement particularly with regards to meeting their goals for increasing the value of the region’s tuna catch and growing the total direct employment in the fishing industry.

The Tuna Fishery Report card provides high level advice on the current status of Pacific Tuna fisheries in relation to the goals, indicators and strategies adopted by Forum Leaders in the Regional Roadmap for Sustainable Pacific Fisheries.

The report card focuses in the four main areas of: Sustainability, Value, Employment and Food Security.

The results show that the region’s sustainability targets were being met.

It was revealed that tuna stock was not being overfished and that overfishing is not occurring.

The results were somewhat surprising according to the Deputy Director General of the Pacific Islands F.F.A, Wez Norris, but they were based on key developments that started ten years ago when the Sustainable Pacific Community (who do the stock assessments) first raised concerns and identified that the Pacific Islands Forum Fisheries agency were not using the right growth information because traditionally the data used was inferred from other parts of the world and had no relevance to the Pacific.

“I don’t think that any of us were expecting that much of a difference,” he said.

“The project that was invested in a few years ago has been completed and what it’s shown is that the Bigeye Tuna is far more productive than was thought before so it grows more rapidly, reaches maturity quicker.

“Each fish stays reproductive for longer and the combination of those three things make it a stock that can therefore sustain a whole lot more fishing pressure than was thought before.”

The numbers for employment in the fishing industry (FFA Island members public and private sector) continues to grow, providing nearly 25,00 jobs in 2016.

“Most of the big processing facilities, particularly canneries are located in the Melanesian countries primarily because you need a large population based water and land… we are continuing to see some steady growth and the possibility of having similar size facilities in some of the other smaller island countries is certainly a possibility in a number of Micronesian as well as Polynesian states.”

In Samoa, F.F.A is looking at a number of similar frozen long-line facilities because with fresh frozen product there is much more opportunity across the region even if they will be fairly small facilities.

However, the addition of even a couple of hundred jobs would be of great value. Crew-based employment was also an area that they were looking at but Mr. Movick cautioned that there were some disadvantages.

“Yes that continues to be an area that Polynesians could try and develop some further opportunities there but what we have to keep in mind is that those countries that have fishing vessels and those countries that have licensing boats will want themselves to place crew on those fishing boats so there’s a combo of factors across the region that we have to look at specific to each country before one can assess if something is working.”

Mr. Movick wanted to emphasise that the report card is made up of composite figures for the whole region and that they were aiming to work closely with governments to get them to realise the importance of having a national report card and in addition they were also going to be developing similar data for each country so that they are able to track at a national level.

Being a small fish in a big pond is something that Mr. Movick acknowledges is a challenge especially with the deeply entrenched disagreements within the broad Western and Central Pacific Commission (W.C.P.F) membership.

To make the W.C.P.F.C more effective, Mr. Movick emphasised that the Forum leaders need to take a hardline approach with some member states during the conference this week.

“One of the key areas is that we continue to have deep arguments and an inability to reach decisions in the broad W.C.P.F.C membership because of the unwillingness of many of the Distant Water Fishing Nations to accept the zone line based management approach that we adopted in the Pacific,” he said.

“So often times we end up having these very strong disagreements on the basic legal framework and principles right at the onset and nothing ever gets done as both sides become entrenched.”

On the eve of the 48th Pacific Islands Forum Meeting, Mr. Movick said Forum leaders need to be mindful that Pacific Island countries have fought hard and long to ensure the rights of small island states and it is imperative to communicate that to distant water fishing nations.

“I think the forum leaders need to remind the distant water fishing nations that under the United Nations conference on the law of the sea, the fish stock agreement and the W.C.P.F.C Convention that the Pacific Island countries fought very hard and long all the way back to the Law of the Sea Convention to ensure that the rights of small island states in particular, would be protected with regard to their rights for management and access to their resources within their 200 mile zone and unfortunately we continue to face these problems in the W.C.P.F.C.”