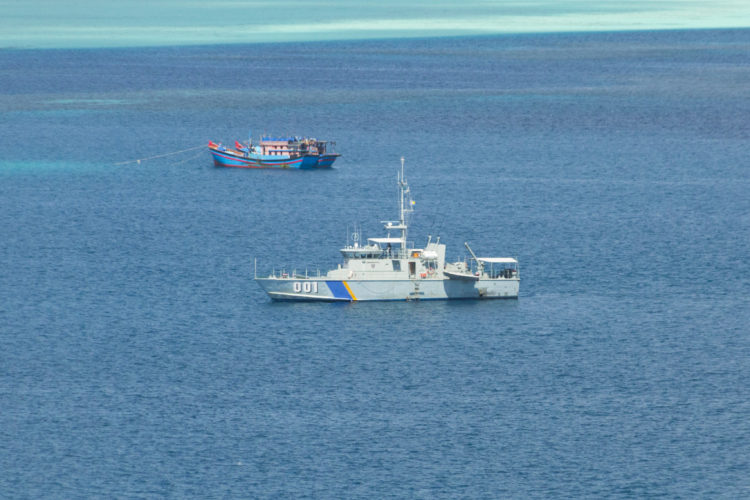 Microsoft’s Paul Allen, who on a number of occasions has visited Palau and lauded its marine conservation efforts, is pilot testing a new technology that will combat illegal fishing around the island-nation.

Palau President Tommy Remengesau Jr. recently announced that Allen will test the new technology in Palau starting in December, and that it will be up and running in 2018.

Allen made the announcement during Our Ocean conference in Malta on October 6.

According to a press statement from Allen’s company, Vulcan Inc. Allen is concerned about illegal fishing depleting global fish populations.

Called SkyLight, the new technology will also be tested in the African nation of Gabon.

Skylight uses technology to aid enforcement, particularly in countries with thousands of miles of coastline to patrol and few resources to do so.

Allen is reportedly spending $40 million to develop the SkyLight system.

It will then use machine-learning software to track and predict which vessels might be operating illegally.

The MCS coordinator facilitates e-monitoring on fishing vessels operating in the Palau EEZ, which is where SkyLight will be important.

The machine learning capabilities of the SkyLight system is similar to what Vulcan has developed with its Domain Awareness System (DAS) that was developed to stop elephant poaching in Africa.

The solution is expected to be officially available for implementation during the first half of 2018.

“Our oceans produce half the oxygen we breath, 80 percent of life on earth, 16 percent of our planet’s animal protein, and $2.5 trillion in annual commerce.

But illegal fishing is robbing our seas and fueling a crisis of declining fish stocks around the world that not only threatens the global food supply and marine ecosystems, but also destabilizes global economic and national security,” said a statement on the Skylight global website stated.

Palau has declared 80% of its exclusive economic zone as a marine sanctuary and bans all foreign commercial fishing but needs assistance in policing its waters.

In 2016, Palau released a five-year monitoring, control, and surveillance (MCS) plan to fight illegal activities and manage emergency responses in its waters.

The plan guides Palau’s efforts to build the capacity and expertise to deter, detect, and stop illegal activities in its waters. It aims to protect the nation’s natural resources from illicit fishing and thwart other activities detrimental to its environment and the surrounding international waters.

“If you come to Palau to steal our fish, we will find you and you will be punished,” President Remengesau has earlier said about illegal fishing in Palau.

“To back up these strong words, we are strengthening our surveillance and enforcement system to better protect our ocean resources from poachers.”