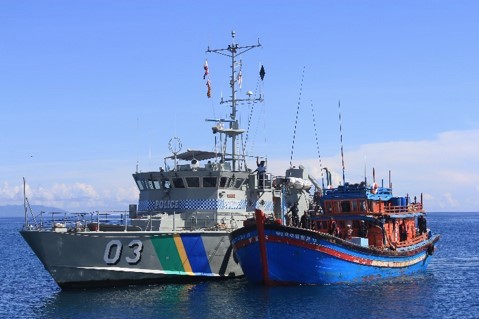 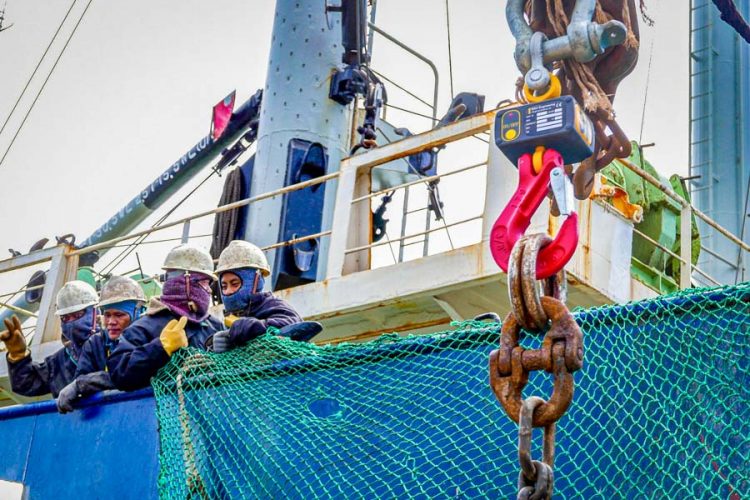 If their early experiments pay off, the accuracy of weighing catches during transhipment will improve.

After much testing for precision, robustness, ease of use, price, and a few other characteristics, the team has chosen the best performer. Team members need to develop standards that would be workable in the transhipment ports in Federated States of Micronesia, Kiribati, Marshall Islands, Papua New Guinea, Tuvalu and Solomon Islands.

The team hope this process to increase the accuracy of weight monitoring during the slow work of transhipment will become commonplace. If this happens, the people who monitor transhipments will be able to trust the weights as read by the scales, which will free them up to focus on the species composition of transfers.

As Francisco said in a blog post on the project and its possible benefits, “Beside playing with amazing tech, it was great to work with very professional yet relaxed crew.” Photo by Francisco Blaha.