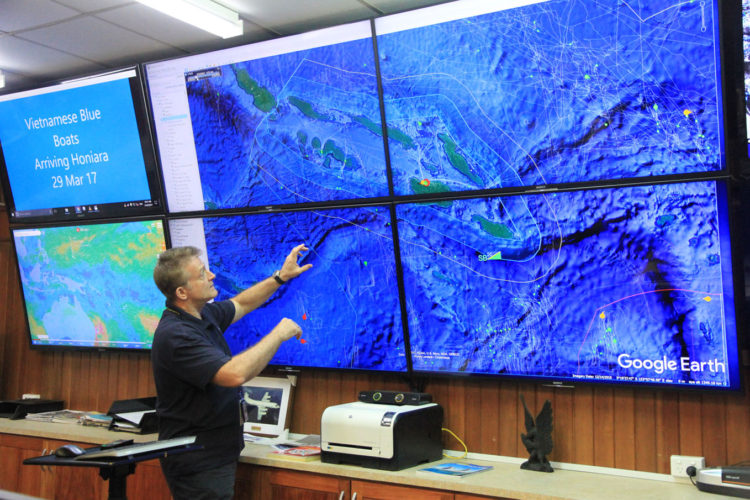 For the next 30 years, Australia has bolstered its commitment to help Pacific countries manage their fisheries, and then some.

As reported on Tuna Pacific Hub earlier, the upgrade is built around the Patrol Boat Program where Australia will replace the 22 patrol boats gifted to 12 Pacific countries from 1987 to 1997.

The first is the addition of an aircraft to provide aerial surveillance under the operational control of the Forum Fisheries Agency (FFA); on top of replacing the old boats with new, bigger and more capable vessels.

And second is the addition of a ‘Regional Coordination’ component to the Patrol Boats program and aerial surveillance.

The ‘Regional Coordination’ component, to be enabled with extra funding adds ‘Communications and Cooperation’ capability, and will allow the new program to extend beyond its original mandate: the surveillance and monitoring of Pacific countries’ exclusive economic zones (EEZ).

In effect, this second and brand new capability is a security component.

It allows the program to formally link-up with Australia’s Defence Cooperation Program (DCP) that is responsible for the security and stability of a larger geographical area made up of the Pacific islands region, South east Asia and Timor Leste.

The DCP, according to Australian officials at an FFA meeting in April this years is the security framework Australia has used in the larger region since the 1960s to “move funds, assistance, training, all the things that we do together.”

The aim is to work together in peace keeping, counter-terrorism, maritime security and governance and professionalism.

And is the reason for the Pacific program getting the new title, Pacific Maritime Security Program (PMSP).

Details so far reveal that aerial surveillance will be via a civilian manned fixed-wing aircraft that will fly patrols over Pacific countries and their EEZs. A tender to short listed international companies sent out in April asked for proposals to provide aerial surveillance over the Pacific at a cost of around AU$10-15 million a year.

A Concept of Operation document outlining how the service will be operated over the next few years has been signed by FFA, Australia Defence, and Australia’s Department of Agriculture.

But more importantly, according to officials, since this is a new initiative for FFA, Australia Defence, and Pacific members, Australia will introduce a squadron to implement the service through a phased approach with the aim of starting small and growing it big over the 30 years of the PMSP.

FFA acknowledged the two key outcomes of the new program: increased surveillance coverage through the combination of aerial and patrol boat capability; and maritime security.

“It [aerial surveillance] means we will be able to deploy it around the region in support of when our members have their patrol boat out at sea and that is when we get best value out of combining that capability,” FFA’s deputy Director General, Wez Norris told Radio New Zealand earlier this month.

“The increased aerial assistance capacity will broaden our scope and the impact that we have on a whole range of issues from the detection of sort of non-tuna illegal fishing like the blue boats that we have seen from Vietnam, but also allowing us to over time and as the members get more comfortable to move into looking at broader trans-national crime risks that are not necessarily fisheries specific.”

While at the highest level, the improved Monitoring, Control and Surveillance (MCS) as a regional framework will allow FFA to better protect not just its members’ tuna resources, but also their sovereignty.

“We do have a very effective tool in place [MCS] and we do need to use it as these are problems that are affecting the sovereignty of our countries, the livelihoods and opportunities that exist for our own people to harvest these [oceanic] resources,” Director General Mr James Movick told fisheries officials at the regional MCS meeting at FFA headquarters in April this year.

“This is where the future I see us having to move. To understand that there are other border control issues where our regional framework can play a role.”