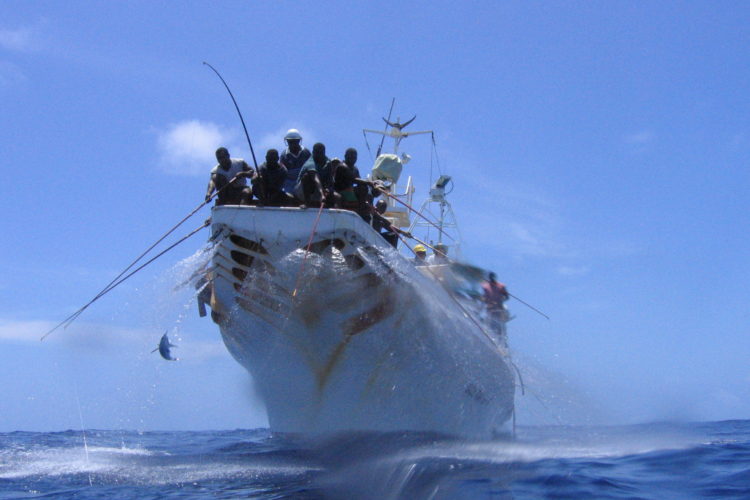 EMTV PNG reports from Honolulu… Papua New Guinea is going to join an innovative bid by eight Pacific countries to protect waters in their 200-mile exclusive economic zone before land is lost as a result of climate change.

The initiative was discussed by Ministers and officials from Parties to the Nauru Agreement member countries met in Honolulu on Friday in the lead up to the 15th Western & Central Pacific Fisheries Commission to discuss a number of issues concerning the fishery.

Tuna caught in the waters of PNG and other members of the PNA is a rich resource but that resource depends on the waters of 200-mile exclusive economic zones. If islands are lost to the sea, the EEZ will shrink. So will the income it provides.

PNA CEO, Ludwig Kumoru, stated that while climate change may result in member countries losing their land, the PNA’s goal is ensure that they don’t lose their Exclusive economic zones.I

“…one of the things which is in there, is what’s going to happen if sea level rises and countries lose land. …we want to make sure that even if their [PNA member countries] land disappears that they don’t lose their EEZ. Where ever are our people going to migrate to, they must have a source where they are going to make money.  So that is one of the things that’s is going to be taken out in the Strategic plan, “How are we going to address it. Who are we going to work with? …we want to make sure that the boundaries are protected today so in years to come even if people migrate somewhere else that is still their EEZ. They still have licenses and support their people where ever they are going to be.”

Mr Kumoru said the bid to secure the boundaries of PNA countries EEZ’s is one of the most important priorities in the PNA’s 5-year strategic plan which was approved by Ministers in here in Honolulu.

An Electronic Monitoring proposal for the Longline Fishery, budget plans for 2019 and regional fisheries issues for the upcoming WCPFC meeting were also discussed.

Fisheries Minister, Patrick Basa, reminded parties that the strategic plan is an important guide to achieving the objective of the PNA, which is to increase economic value and derive greater benefits from the region’s tuna resources.

“The agendas that we have discussed, especially for PNA countries which are eight of us – including Papua New Guinea, is that we have given approval on our strategic plan; a plan that will rely for use for the next 5 years starting from 2019 to 2025.”

Next week PNG and other Pacific countries will attend the Tuna Commission meeting– or WCPFC – which includes powerful distant water fishing nations such as China, Japan, Taiwan.

For Minister Basa, the PNA meeting before next week’s WCPFC is important for building the solidarity needed to protect Pacific interests.

“In PNA being together like this before the WCPFC meetings is like, we like to maintain our basic principles to ensure that our decisions are rich, in WCPFC. They have to acknowledge, the big countries, that yes we (PNA) own 50 percent of fisheries resources in our oceans so they have to acknowledge that and that’s one of our main points why we stand together as one.”