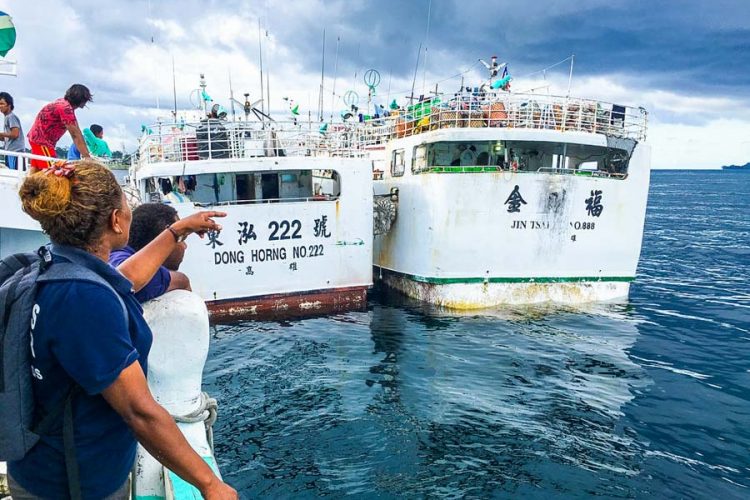 To protect people’s health, Kiribati and other Pacific countries are likely to extend the current strict rule that suspends all purse-seine fishing boats carry an independent observer.

Observers are important for conservation of tuna but with the COVID-19 pandemic still growing world-wide, travel to and from the boats poses risks to countries like Kiribati that have not had a COVID-19 infection.

In March, Kiribati and other members of the Parties to the Nauru Agreement decided to suspend the requirement that tuna boats carry observers.

That suspension is due to expire on July 31.

But PNA CEO Ludwig Kumoru told reporters this week, it is likely the suspension will be extended for three months.

“We had to make sure that our islands are safe and that they still have the operations going on because once the operations are going on, that’s our means of earning money,” he says.

Before the extension can be approved, countries that are members of the PNA must talk to the other major Pacific fisheries agency — the FFA.

“We’ll have to work together with FFA and have a common stance on who’s for the extension,” Kumoru said.

Despite the change to the rules about observers, 30 per cent of purse-seine boats still have observers on board, Mr Kumoru said.

Some chose to stay on board and some countries, like Papua New Guinea, have not suspended are still allowing movement of observers, despite closed borders.

Mr Kumoru said Pacific countries are still monitoring tuna boats through the Vessel Monitoring System or VMS andcan see patterns they make so they know if they are making a set that is against the rules.

Note: this news story was produced as part of the Forum Economic Ministers’ Meeting (FEMM) journalists’ workshop in July 2020.