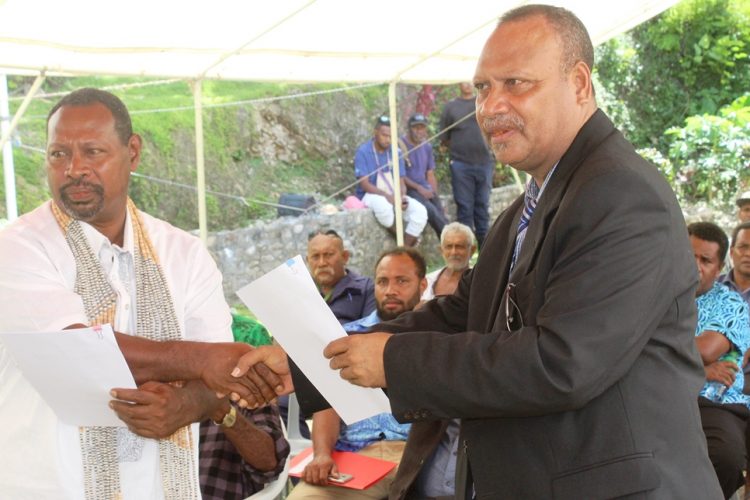 MFMR Minister Nestor Ghiro and Premier Daniel Suidani exchange notes after the signing of the MOU. Photo: Wilson B. Saeni