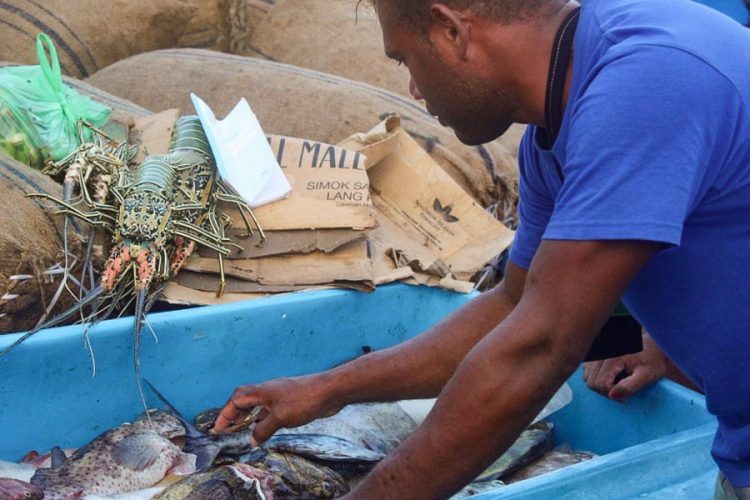 HONIARA – The Central Islands Province (CIP) of Solomon Islands has commenced work to develop the fisheries sector in the Russell Islands group.

This follows the signing of a memorandum of understanding (M0U) on 30 April between the constituency (electoral division) of Savo–Russells, the Central Island Provincial Government and the Russell Islands Investment Forum (RIIF).

The group of islands lies north-west of the island of Guadalcanal, where the Solomons capital Honiara lies.

Fisheries are an untapped resource that have the potential to improve livelihoods in the Russell Islands once they are properly developed and managed by rural communities to supply local and regional markets.

The MOU was signed by Savo–Russells MP Dickson Mua, CIP Premier Stanley Manetiva, and RIIF chairman Lesley Assad Norris. It was the culmination of a consultative and mapping effort by national government officials and other stakeholders in early April.

The mapping exercise was to organise fishermen and fisherwomen in the islands into distinct village fisheries committees.

Nine villages, and a total of 300 fishers, were identified to kick off the project and work according to the fisheries framework.

The Yandina Fisheries Centre and the constituency fisheries centre were identified as suitable for providing facilities to assist fishers to stock up supplies for the fisheries development program.

It is anticipated that the facilities will enhance the capacity to store, handle and transport fish to markets. They will soon be rehabilitated to meet minimum standards for fish storage and handling.

For years, fishing, copra and coconut have been the main source of income for the people of Russell Islands and Savo Island in the Central Islands Province.

However, the lack of facilities has been a challenge to fishers of these islands.

The Yandina Fisheries Centre has been the major ice cube supplier for fishers, but it currently lies idle and this has been a big setback for the fishers there. It was built by the national Ministry of Fisheries and Marine Resources in 1984, but has lacked the machinery needed to handle fish. When operating, it is also the main storage centre for local fishers who need to store their catches before they are shipped to the capital, Honiara, or other locations in the country.

A former officer in charge at Yandina, Talent Taipeza, said people were willing to fish.

“In my view, we are the ones that failed them and their fishing business by slowing down in our ice supplier service,” Mr Taipeza said.

“The Ministry of Fisheries and Marine Resources is trying to make this place work. It has supplied us with fuel, but that has stopped. The machines have broken down and we are no longer receiving ice orders.

“Due to that, the fishers have to bring their own ice blocks from Honiara when coming down here to fish.”

After years of dormancy, the centre resumed operation in 2016. However, after a few months, the machinery broke down again, forcing services to a halt.

Mr Taipeza said the ministry was trying to fully utilise the centre but the continuous breakdown of machinery was hampering efforts.

“Our ice machines have broken down. We made a little run with some European Union assistance but then the ice machines broke down,” Mr Taipeza said.

“We have decided to halt operations until we get support again from the Overseas Fishery Cooperation Foundation of Japan. They have been trying their best to see us run this centre by ourselves. They supplied us with a generator and the ice machines. The Ministry of Fisheries and Marine Resources is supporting the projects.”

The centre was also in “dire need” of piped water, so that the centre can go back into operation.

“For so long, the facility is lacking the support of water supply, and the province has tried its best to make water possible,” Mr Taipeza said.

“Now there is water, but to make it reach the centre is a problem. My job is to look after the centre. I can do any work in starting the machine, running ice block and other things that fishermen need. But as long as water is connected through here, we will not have any more problems, we will run this facility full time,” he said.

Following the halt of operations, most fishers in the Russell Islands were demanding that more centres open.

With the assistance of the Member of Parliament for Savo-Russells Constituency, a new fisheries centre was built on Loun Island. It was funded by the Ministry of Fisheries and Marine Resources.

“We have the machines here such as refrigerators, generators and other equipment funded by the European Union and the OFCF. If the province can assist us in strengthening the operations of this fisheries centre, I believe people will benefit greatly from it,” Mr Taipeza said.

“The most expensive machines that the province cannot meet are already here in this centre. They will just need to assist the centre with proper water and electricity.”

Following a recent follow-up assessment of the project area and sites, provincial fisheries officer Jacob Piturara was positive about the project.

So, too, were all the communities consulted during the discussion phases. They pledged support to organise and develop their fisheries resources.

Elders in Russell Islands stated that, while the fisheries development program undertaken by the province, constituency and local people was underway, it was also important to develop proper management and sustainable practices.

“For so long, the Yandina fisheries facility in the Russell Islands was non-serviceable. Most of the time, we have to travel to Honiara just to get ice cubes to store our fish stocks,” the elders said in a government statement.

A woman in Alokan, an island off Banika, said her husband had been a fisherman for the last 20 years. She supported the program because she saw the challenges and hardships that fishers faced in trying to make ends meet.

She said she was pleased that Russell Islands fishermen would be able to organise and share experiences, and at the same time work on how best they could handle their fishing and basic needs.

The MP for Savo–Russells, the Hon. Dickson Mua, said he was optimistic that everyone was working together to assist ordinary fishers and their families.

Mr Mua said there were also more opportunities in the agriculture sector, especially the coconut industry.

The CIP Premier, Stanley Manetiva, said he wanted to build momentum for the fisheries program.

“We are happy to have a plan moving forward, and the most important thing is the people must benefit from their resources and improve their everyday livelihoods,” Mr Manetiva said.

“Organisation is key. As the Premier for Central Islands Province, I will fully support initiatives that will place my people in a better position.”

The signing of the MOU for the Russell Islands fisheries development project was witnessed by interested fishers from the Malaita Outer Islands (Lord Howe). They, too, hope to develop a similar project for their rich fishing grounds.