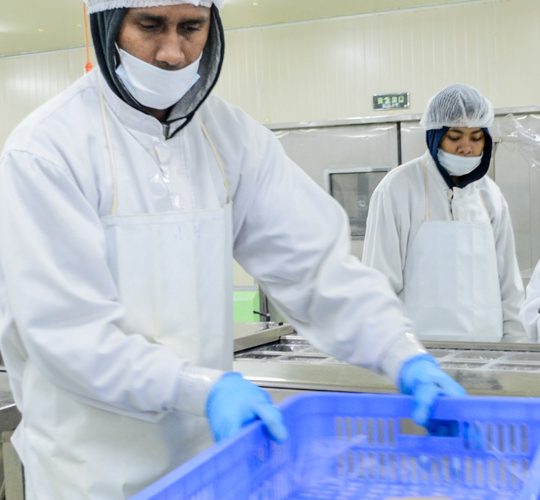 Ronald Toito'ona
Subeditor at Solomon Star Newspaper
Ronald is a subeditor for the Solomon Star newspaper in the Solomon Islands, a small island and Melanesian state in the Pacific. Ronald joined the Solomon Star in 2015, after three years of undergraduate studies at the University of South Pacific (USP) doing a Bachelor of Arts in journalism and politics.

HONIARA – The small island developing states (SIDS) of the Pacific celebrated this year’s World Tuna Day on 2 May with a virtual dialogue with a serious purpose.

The discussion involved the United Nations’ Group of Friends of the Oceans. The group is made up of countries that help to accelerate the full implementation of the United Nations Development Program’s sustainable development goal 14, which focuses on life below water.

In the Western and Central Pacific Ocean (WCPO), the SIDS collect millions of dollars in revenue from the tuna fisheries they manage. The revenue is vital for income, employment and food for Pacific Islanders.

They are working around the clock to ensure that the harvesting of tuna is kept at levels that allow the fish to maintain healthy populations. So far, the WCPO has managed to keep tuna numbers at sustainable levels. But this is becoming more difficult. They face the pressures of increasing demand and uncertainty over the availability of tuna as the ocean environments change.

This was the focus of the discussions on World Tuna Day.

The first World Tuna Day was held in 2017 following a vote in the United Nations. The aim of the day is to draw the attention of consumers, governments, industry and civil society to the pressures placed on tuna as a vital source of food and livelihoods. As pressure increases, the need for collective global action to sustain viable numbers of tuna also increases.

Fiji’s permanent representative to the UN, Dr Satyendra Prasad, took part in the dialogue on behalf of the Pacific SIDS. He spoke on the significance of tuna to the Pacific states and the need to be serious in its sustainability.

“Tuna is a significant source of food and an economic driver for SIDS, with approximately 7 million tonnes of tuna landed yearly. The SIDS region alone provides just less than 40% of the global tuna catch,” Dr Prasad said.

Dr Prasad reminded the UN audience that the intention of World Tuna Day 2020 was to focus global attention to the considerable pressures that tuna stocks around the world face from illegal fishing and overfishing, from harmful subsidies to fisheries, and from the effects of climate change.

“Accelerating international action in achieving the SDG14 – Life Below Water should be part of the UN’s response. This should also become a core part of the COVID-19 recovery efforts – the recovery must be a sustainable blue recovery as well,” he said.

An opportunity to explore incentives to improve economies

Dr Transform Aqorau, who is a past CEO of the Parties to Nauru Agreement and one of the Pacific’s leading tuna experts, took part in the dialogue from Honiara. He told the global audience that the Pacific Island states needed to think hard about how to keep the tuna industry sustainable. He said that, as well as challenges, COVID-19 presented opportunities to rethink the management of the tuna industry in the Pacific.

“The Pacific tuna industry will suffer as quarantine requirements, suspension of flights, and disruptions to the supply chain will affect the supply of tuna to regional and global markets,” Dr Aqorau said.

“This will have adverse impact on jobs in the Pacific and on foreign exchange earnings from the industry.”

However, the Pacific could use the opportunity to rebuild a more equitable Pacific tuna industry.

“Pacific governments should explore incentive structures that encourage increased processing within the region,” he said.

“They should also invest in expanding equity in tuna processing enterprises that rely on the Pacific’s tuna but which are based outside the Pacific region.”

Dr Aqorau said that climate change and the illegal, unreported, and unregulated (IUU) fishing of tuna in the region were a growing concern that Pacific governments needed to be fighting in the international arena.

WCPFC celebrates the people who have kept tuna numbers sustainable

The Western and Central Pacific Fisheries Commission (WCPDC) contributed a statement to the dialogue. The organisation’s role in ensuring the long-term conservation and sustainable use of the tuna has attracted the greatest scrutiny of its work.

The commission said in its statement that “intense scrutiny” occurred because Pacific communities and economies depended so heavily on tuna.

“From a conservation lens, it is gratifying for the WCPFC to celebrate World Tuna Day in the comfort of the knowledge that the four key commercial tuna stocks of the WCPO – namely bigeye, yellowfin, skipjack and south Pacific albacore – are all assessed to be managed and maintained above the agreed sustainable levels,” the WCPFC said.

“This is an achievement that is unmatched by any other regional ocean.”

WCPFC attributed it to the dedication, sacrifice and cooperation of members, cooperating non-members, participating territories and other stakeholders of the organisation.

Dr Aqorau said the serious backdrop to this year’s World Tuna Day celebration was caused by two phenomena that had resulted in a lot of global uncertainty: COVID-19 and climate change.

They were forcing governments, businesses, individuals and communities to rethink how to manage their fisheries and ensure uninterrupted trade at a time where there were restrictions on the supply chain.

“Therefore, it might be well to ask ourselves on this occasion, what kind of vision we want for our tuna fisheries by 2060,” Dr Aqorau said.

“We in Solomon Islands are forced to respond to the impact of COVID-19 on fish trade as well as the projected impacts of climate change.

“So far, the SEAPODYM models that have been developed by the Secretariat of the Pacific Community are telling us that the population density of skipjack tuna, which is the primary source of Solomon Islands canned tuna product, is likely to shift to the eastern Pacific,” Dr Aqorau said.

He said that the combined consequences of the effects of COVID-19 and climate change meant it was appropriate to ask how the country was going to guarantee that it could secure enough tuna to ensure the sustainability of its tuna industry.

“It is important to take a long-term view of the resources and the harvest strategies that will be needed to ensure that the tuna stocks remain healthy and robust, [so they do] enough to support the economy, ensure sufficient food security for Solomon Islands’ growing population, and also support throughput for Solomon Islands processing plants,” Dr Aqorau said.

“These are important considerations not just for Solomon Islands but for a number of Pacific Island countries as well.” said Dr Aqorau.

He said it was “obvious” that Solomon Islands needed to review its fisheries policies and reshape its management regimes so that it was able to accommodate these emerging challenges.

In order to plan for the future, it was necessary to understand how well the current fisheries management systems were performing, Dr Aqorau added.

“We need to take a futuristic look at Solomon Islands fisheries that will embrace the use state-of-the-art technology, and a whole different range of arrangements working closely with other Pacific Island countries to ensure the sustainability of our tuna resources.

“We can start working on constructing a fresh vision for our tuna for 2060.”

Ronald is a subeditor for the Solomon Star newspaper in the Solomon Islands, a small island and Melanesian state in the Pacific. Ronald joined the Solomon Star in 2015, after three years of undergraduate studies at the University of South Pacific (USP) doing a Bachelor of Arts in journalism and politics.