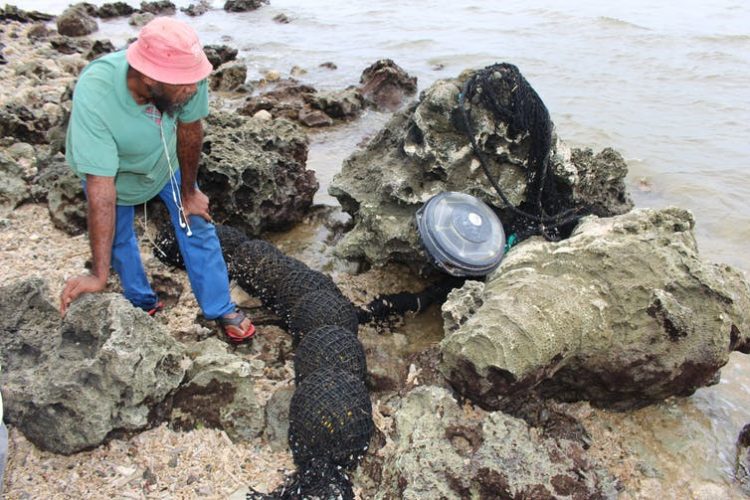 Part of a drifting FAD washed up on a beach. Photo: A. Durbano, Association Hô-üt’, New Caledonia.