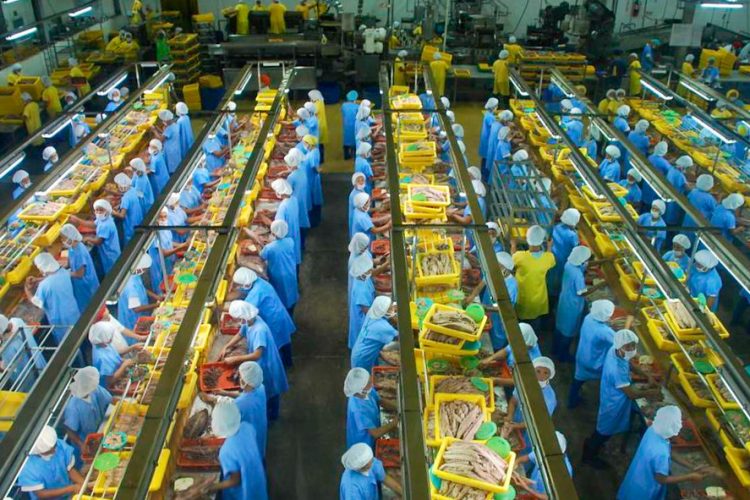 HONIARA – Despite the threat of COVID-19 to global tuna production, production chains in the Western and Central Pacific Ocean have continued to operate efficiently. Credit is due to the measures the industry has taken to keep up normal tuna production.

As the world continues to focus on the deadly coronavirus, fishers and others in the fishing industry are working around the clock to continue providing healthy and safe wild food like tuna to the global market.

A spokesperson for the Fong Chun Formosa (CFC) fisheries company in Taiwan, Ray Clarke, said COVID-19 had brought positives to the tuna industry in the Western and Central Pacific Ocean (WCPO). The industry had at this stage remained relatively stable, organised and efficient.

The WCPO tuna industry, and its associated supply chain, had so far proven to be relatively robust, and without sacrificing important sustainability and social transparency requirements, he said.

However, Sancho Kim, the Operation and Sales Manager at the Korea-based Silla fishing company, said that travel restrictions and the forced closure of most PNA ports had had an impact on tuna fishing in the region.

“I fully understand those measures are to ensure their safety and life. However, as fishermen, due to those measures, we are having many difficulties with transhipment, crew issues, supplying provisions, et cetera,” Mr Kim said.

The CEO of Silla, Tuna Lee, said that canned tuna was one of the best emergency foods to have because tuna was wild-caught, healthy food and also kept for a long time when canned.

“I think not only fishermen, but also all stakeholders such as canneries, brand owners, can sellers, PNA, FFA, and RFMOs should do their best to supply healthy and safe food to all peoples continuously,” said Mr Lee.

All eyes on canned tuna

“People started to put their eyes on canned tuna products, as it has longer validity to keep and consume, as well as being rich in nutrition at a comparatively cheaper price than other food categories,” Mr Lee said.

“Taste will last for a while for canned tuna, and it will help to promote tuna consumption overall on a long-term basisfor Silla.”

The CEO of the Frabelle fishing corporation in the Philippines, Francisco Tiu Laurel, Jnr, said demand for retail packs of canned tuna would increase, but demand for catering packs would drop.

“One positive thing is that our industry will continue despite COVID-19, as people have to eat and canned tuna is one of the healthiest foods for people that is shelf-steady. It can be kept for many years, unlike other foods in other industries that are forced to shut down at this time,” Mr Laurel said.

Thai Union’s General Manager, Narin Niruttinanon, said there had been a marginal increase in global demand for canned tuna.

“All the increase has been in retail or supermarkets, while food-service and restaurant orders have largely been delayed or cancelled,” Mr Niruttinanon said.

“The experience from the previous disasters would suggest that people largely bought canned food to give themselves a sense of security. How quickly they actually consume those cans is an entirely different question.

“Although COVID-19 may continue for months to come, as long as the global logistics systems are still functioning quite normally – and this is surely a top priority of all governments – I still cannot imagine a serious food shortage that will force people to only eat food from emergency stock.

“On the other hand, once the world comes out of this COVID-19 episode, I am concerned about a serious drop in demand for canned tuna in retail and supermarkets. But, hopefully, the food-service and restaurant markets may come back to add some cushioning for the industry,” Mr Niruttinanon said.

Mr Niruttinanon said the company had implemented health assessment and hygiene practices for its 40,000 Thai workers to maintain operations as close to normal as possible. It has also donated product worth 1 million Thai baht to Bangkok communities that had been affected by COVID-19.

Ray Clarke of the FCF fisheries company in Kaohsiung, Taiwan, said they had seen considerably increased demand for their canned tuna products as consumers stocked up to sit through periods of social distancing.

“The demand for canned tuna is especially strong at the moment. Fresh-fish operations were initially hurt considerably, and we have had to take actions to ensure the health and safety of all of our crew, officers, employees and staff,” Mr Clarke said.

He said FCF was closely monitoring the situation – a challenge, as monitoring involved several countries.

“For instance, here in Kaohsiung, things have been relatively safe, thanks to early action by the government of Taiwan, which took actions including requiring masks in public, and initiating COVID-19 testing. So here we seem to have controlled, to the degree possible, the spread of the virus.

“We are closely monitoring the health and safety of our vessels, captains and crew, as well as the health and safety of processing-facility workers, especially in places like Wewak, Papua New Guinea. We are making sure that all of the captains and crew either stay on the COVID-19-free vessels – at their concurrence – or we ensure they return to their home countries in a manner that reduces any exposure to the virus,” Mr Clarke said.

“We are working with our customers to ensure all their needs and concerns are addressed. At this point, other than in a few minor instances, I believe we have been successful in this regard.”

Mr Clarke said he had come to appreciate much more any face-to-face interactions he has had with people since the outbreak of COVID-19.

“Chiefly, the outbreak has emphasised the importance of interpersonal interaction. Although video conferences, telephone calls and emails provide useful communication platforms, it remains important to interact safely with colleagues, staff and customers.

“I have come to value those human-to-human interactions even more.”

At Noro in Solomon Islands, operations at the SolTuna cannery are normal, despite the scaling down of workers. Even though it is partly owned by the United States-based Trimarine, most managers are locals, unlike the management of some other tuna companies in the Western and Central Pacific Ocean.

The cannery is supplied solely by the National Fisheries Development purse-seine fleet; and in the absence of the expatriate workers, the operations at the cannery are normal.

Joe Hamby, a board member of SolTuna Fishing Company, said they had learnt a lot from the COVID-19 pandemic.

“Because SolTuna’s management and staff are almost all Solomon Islanders, we can continue to operate during periods when expatriates have had to evacuate back to their home countries,” Mr Hamby said. “By contrast, despite COVID-19, SolTuna has continued to safely produce badly needed food for both the domestic and export markets.”