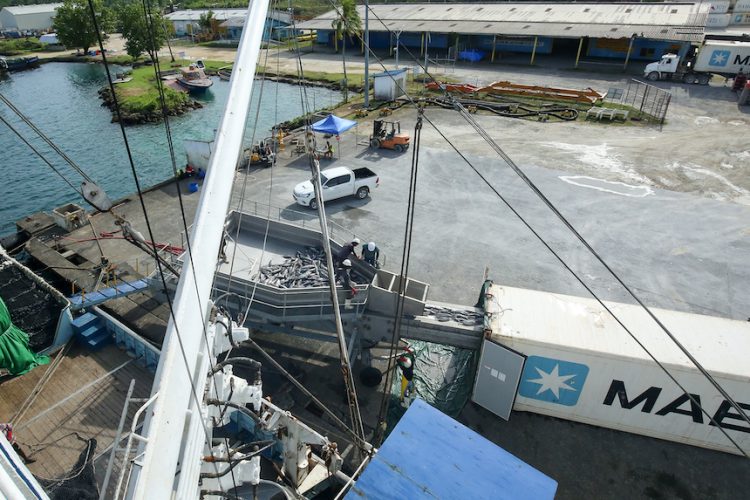 When the digital CDS is introduced at Noro port, these star loaders provided by Maersk Line will be integrated into the system. Photo: Trimarine Group.