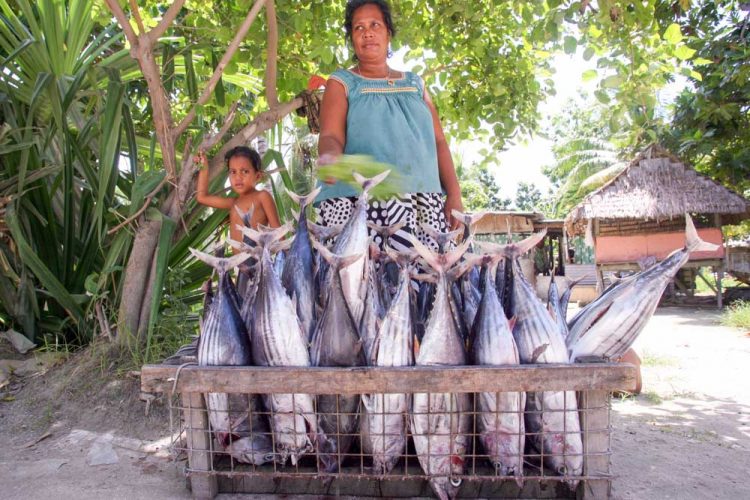 SPC has published short reports into ways that women can have a greater say in fisheries management in Fiji, Samoa, Tonga, and Vanuatu.

The reports are a snapshot of information on and analysis of the how women participate in fishing in the four countries.

Each report summarises the steps the country has taken so far to improve women’s involvement. These are mostly in policies. It also highlights strengths and weaknesses in current arrangements, and discusses political factors and social norms that prevent or deter women from becoming more actively involved.

These points are used to list ways in which women could become more equal participants in both decision-making about and control of fisheries resources. They include learning from women themselves what they need and want, targeting women when delivering extension services, and implementing gender-equity policies that already exist.

SPC says the reports are intended to stimulate discussion about how to make improvements in the organisation’s Social Development Programme and Fisheries, Aquaculture and Marine Ecosystems (FAME) Division.

It says the recommendations are also relevant to the national government of the country, and the country’s external partners in development.

In all four countries, many women do not see themselves as fishers, even though they provide seafood for the family. They and the men in their families see only the men as the fishers.

The reports note that women also have less time to be involved in paid work, community decision-making and development activities, as they do most of the reproductive work and caregiving in the family and the community, and don’t have time for other things.

SPC writes that “care must be taken to consult with women and ensure they have time to benefit from development at a pace they can manage”.

Social norms needed to be discussed if people’s thinking was to change. This was difficult work that would take time, especially as there was a lack of expertise in gender analysis in all four countries.

Opportunities in each country highlighted

Women are involved in community decision-making in places in all the countries, and this could be built on to increase their involvement.

In Vanuatu, most market vendors are women – and 90% of the members of the Silae Vanua Market Vendors Association are women. This makes a good foundation for building greater involvement in decision-making in fisheries management.

In Tonga, women make up 40% of the community councils that manage the special management areas that the government has set up to restore coastal fishing areas that have collapsed. However, SPC notes, the women on the councils may not have the same power as men when making decisions.

In Fiji, women are involved in subsistence fishing and also work in the cannery, hold positions of power, and have extensive knowledge and skills that are different to those of Fijian men in the industry. However, SPC notes, they remain marginalised in decision-making and consultation, and receive fewer benefits.

In Samoa, women make up about 18% of fishers in villages, and are responsible for about 10% of a community’s fishing effort. They also do most of the processing after harvest. SPC notes that although the Samoan Government is hampered by the limited sharing of skills and knowledge between departments, it is working with development partners to improve women’s involvement in coastal and marine fisheries.