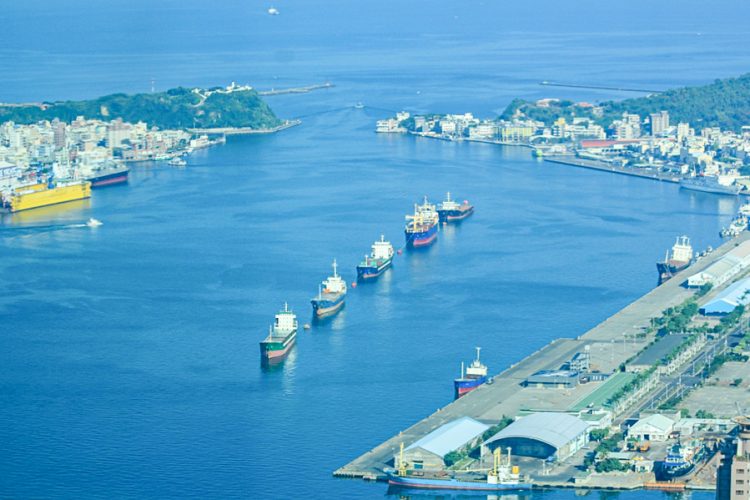 HONIARA, 17 February 2020 – China says it is prepared to strengthen the tuna industry of Solomon Islands and help the tiny Pacific Island nation benefit more from its fisheries resources as it welcomes the Melanesian state as one of its new diplomatic allies.

Although the severing of formal relations with Taiwan was said to be unlikely to affect collaboration in the private sector, four months later there is no mention of dialogue between the two former allies.

This has provided an opportunity for the economic giant, the People’s Republic of China (PRC) as it steps into a formal role.

China is one of the biggest players in the Pacific Islands tuna industry. Just like Taiwan, China is a member to the Western and Central Pacific Fisheries Commission (WCPFC).

However, China’s presence in the Solomon Islands tuna trade was previously unheard of, and only Taiwan was said to be benefiting greatly from the tuna stocks in the Solomon Sea.

Now that mainland China has established a formal relationship with Solomon Islands, there is no doubt that the new friendship will help boost the tuna industry for both countries.

The future: tuna trades between China and Solomons

During a trip by Solomon Islands journalists to Beijing last December, the PRC’s Ministry of Commerce said the Chinese Government was ready to assist Solomon Islands with its tuna trades.

“We (China) know that Solomon Islands has rich fisheries resources, and tuna is one of your major products and you are one of the major producers of tuna as the industry accounts for a huge part of your gross domestic product,” a ministry spokesperson said.

“Although our two countries are separated by a wide ocean with thousands of miles apart, we believe that as we work together, as we join hands, we can develop more cooperation opportunities and realise common development for China and Solomon Islands.”

“Among the 10 Pacific Island countries that have diplomatic relations with China, Solomon Islands is our second largest trading partner and second largest source of imports,” she said.

“In 2018, the two-way trade between our two countries amounted to US$750 million, which means Solomon Islands, relatively, enjoys a big surplus against China, and the surplus is enlarging in recent years.

“Now already some Chinese companies are cooperating with their counterparts in Solomon Islands, participating in projects such as infrastructure, fisheries, forestry, telecommunication, and also the mining industry,” the spokesperson said.

The PRC’s Ministry of Commerce also stressed that Chinese companies were also investing in the tuna industry of island states such as Fiji, Vanuatu, Kiribati, and Micronesia. Investment is in numerous aspects of the supply chain, and includes tuna breeding, offshore fishing, refrigerating, and processing and retailing.

In 2018, the total online retail sales reached more than 9 trillion Chinese yuan renminbi (RMB), about US$1.3 trillion. The level of consumption in China is rising rapidly, which means Chinese consumers will have larger demand for high-quality products, China’s Ministry of Commerce said.

“This is a very big opportunity for other countries, including Solomon Islands, because you have many competitive products including seafoods, tuna and many other products that will have wider market access to China,” the spokesperson for the Ministry of Commerce said.

China also said it would like to expand cooperation with Solomon Islands to include infrastructure, investment, and agriculture so that more projects can be carried out to allow local Solomon Islanders to develop better ability to achieve independent and sustainable development.

According to the spokesperson, there is great complementary between the economies of Solomon Islands and China. The Chinese Government was also well aware that Solomon Islands is a country with rich natural resources, and an urgent need to develop its infrastructure and also many industries, and China was ready to assist.

“China has the relative strength in terms of the size of market, and also capital and technology,” the spokesperson said.

“Now that we have established diplomatic relations, we believe that our mutual understandings and also our exchanges in different areas will be deepened and our mechanisms will be improved so that the potential of economic and trade cooperation between the two countries will be further tightened.”

China has also shown interest in enlarging the two-way trade because Solomon Islands is now an important supplier of timber and aluminium ore to China. The Chinese Government is also encouraging its investors to explore the possibility of importing more seafood from Solomon Islands.

The past: Taiwan benefited more than Solomons from Solomons tuna

In the 36 years before the switch, Solomon Islands Prime Minister Manasseh Sogavare said, Taiwan had given Solomon Islands funds to the value of hundreds of millions of US dollars as constituency development funds. But during the same period the country had harvested billions of dollars’ worth of tuna from Solomon Island waters.

Mr Sogavare reflected that, in this regard, Solomon Islands was a net lender to Taiwan.

According to Mr Sogavare, Solomon Islands had permitted its marine resources, especially tuna, to be harvested by Taiwan, besides advocating to the United Nations (UN) for the country’s right to self-determination.

Taiwan was also one of the major markets of canned and processed tuna products for Solomon Islands, as Taiwanese fishing fleets were affiliated members of the Tuna Industry Association of Solomon Islands (TIASI).

At one stage, when Taiwan was issued a “yellow card” by the European Union (EU) in 2015 for not tackling illegal, unreported and unregulated (IUU) fishing, Solomon Islands was instrumental in assisting it work toward fixing the problem. The ruling was lifted after 3 years and 9 months, in part because Solomon Islands Ministry of Fisheries & Marine Resources (MFMR) worked with Taiwan Fisheries inspector Mr Ian Lin to do inspections of and collect harvest data from Taiwanese vessels that fished in the Solomon Islands waters.

He pointed out that dealing with IUU fishing benefits the local economy, and also helps to ensure that from the fishing vessel to the table customers are getting fish the “green way”.

However, there is no doubt that Taiwanese fishing vessels have contributed a lot to the development of the fisheries sector by capturing more revenues for Solomon Islands.

In June 2019, roughly 55 Taiwanese fishing vessels had purchased licenses and were operating in Solomon Islands waters, according to the Embassy of ROC (Taiwan) in Honiara.

“These vessels come into Honiara and Noro every two months,” he said. This is only part of the picture, as other vessels also use these ports.

“Altogether, there are roughly 330 Taiwanese vessels visiting Solomon Islands every year for loading and unloading in our ports,” he said.

“During their visits they pay not only license fees, but also pay for housing, maintenance fees, livelihood supplies, recruiting local people for assistance, and so forth.

“Each visit probably brings more than SBD$20,000 revenue extra to Solomon Islands, and will benefit our economy and improve the employment rate in the country.”

The switch and Taiwan’s investment

Mr Sogavare said that despite the switch, his government would continue to support Taiwanese investments in the country.

“They are entitled to incentives and the protections guaranteed by our laws. We would encourage more Taiwanese investors to invest in the country, something they have not been actively doing over the 36 years of diplomatic relations,” Mr Sogavare said.

“Their investments have been by political governments and in political interests. The people of Taiwan are welcome to send cultural groups to Solomon Islands for cultural exchanges.

“These exchanges are not affected by the diplomatic switch,” Mr Sogavare once said.

“According to the recent Central Bank of Solomon Islands report, we have a total trade value of SBD$2 billion, which is by far our largest single trading partner, well above all other trading partners combined.

“Our trade with ROC (Taiwan) is only SBD$142 million, which is a minor fraction compared to China,” he said.

Now that China has shown its full interest in helping Solomon Islands bolster its tuna trade and economy, it is up to the Sogavare-led Democratic Coalition Government for Advancement to play its part.

In his statement after the switch to Beijing, Mr Sogavare said Solomon Islands is bound to reap huge benefits never seen before in the history of such a young nation.

However, Mr Sogavare had already been warned over his country’s engagement with China, well before the switch.

Deputy opposition leader Peter Kenilorea Junior has said that the country is not ready for a diplomatic relationship with China.

He said the country’s weak laws and regulations leave it vulnerable to exploitation.

“We have already issues in terms of our lax immigration, lax labour laws, lax regulations, land issues, logging issues that have come in and caused a lot of hurt socially as well without much gain.

“And to repeat that again at a much larger scale is something that I just don’t feel we are prepared for.”

Mr Kenilorea told Australian media that the economic advantages of aligning with Beijing were clear, but he feared his country’s institutions were not ready to deal with a “powerful and dominant China”.

“I’m concerned about readiness in terms of our own governance, to really be on terms with China,” Mr Kenilorea said.

“We need to strengthen those governance systems … knowing full well our strategic location in the Pacific, and the strategic resources that we do have.”

During an interview with a top government official at the Office of the Prime Minister & Cabinet, he said, “We must prepare to deal with the Chinese demands and requests. The government must establish mechanisms with some form of regulations and legislative reforms to accommodate its new relationship with China.”

In her personal reflection following the Solomon Islands journalists’ trip to China, senior journalist Dorothy Wickham said she saw China as a country with money to burn and a point to prove.

During the trip, Ms Wickham said she was convinced that political leaders in Solomon Islands were not ready or able to deal effectively with China.

“We have already shown some spirit with our attorney-general rejecting a hasty deal to lease the island of Tulagi, the capital of one of our provinces, to a Chinese company, but I fear how fragile and weak my country is against any large developed nation, let alone China.”

Ms Wickham added that Solomon Islands has always prided itself on setting its own course in international relations, recognising Taiwan for three decades, and in the 1980s, as a newly independent state, standing up to the Americans over an illegal fishing boat fiasco.

“In the end, it will be history that judges our leaders and whether the switch from Taiwan to China was the right move, and if they handle it in the country’s best interest.

“My hope is that in the meantime, the price extracted from our island nation is not too steep or too painful,” she said.

Meanwhile, it is common knowledge that the Chinese government consistently requires Chinese companies to abide by international laws and local laws during their cooperation with their local partners.

It will be interesting to observe what transpires from the new China–Solomon Islands bilateral ties in the three-year transition of 2020–2023. This is especially in terms of the tuna trade and how tuna talks between both countries will be sustainably managed.