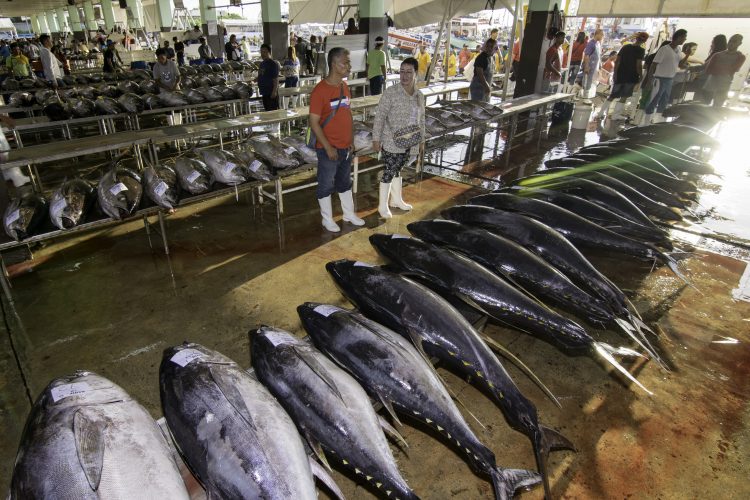 The resolution, which was adopted on the final day of the 16th annual WCPFC meeting, will also mean that members are to consider climate change when developing conservation and management measures, and supports more investigation of the issue by Tuna Commission scientists.

The Director-General of FFA, Dr Manu Tupou-Roosen, said, “From the perspective of the FFA members, the adoption of this resolution is a key development.

She said it “establishes a solid foundation for a more urgent approach to the threat of climate change”.

Although the resolution is not binding, Dr Tupou-Roosen said the Tuna Commission’s move acknowledged that climate change is an issue that will impact fisheries.

FFC Chair Mr Eugene Pangelinan said the WCPFC, with the adoption of the resolution, was sending a “powerful message globally that it is stepping up to the challenge”.

The resolution is aligned with the Pacific Islands Forum leaders’ Kainaki II Declaration for Urgent Climate Change Action that was adopted at a meeting in August 2019.

For Pacific nations, “climate change is the single greatest threat to the livelihoods, security, and wellbeing of the peoples of the Pacific and their commitment to progress the implementation of the Paris Agreement”.

Mr Pangelinan said there work still needs to be done to address the impact of climate change to fisheries, but the adoption of the resolution a good “starting point that the concerns of the small island developing states (SIDS) are being heard”.

According to Commission scientists, warming waters will result in the redistribution of tuna, with fish stocks expected to move out of the waters of the Pacific nations’ exclusive economic zones (EEZs) into the high seas.

Scientists said that by 2050, under the scenario of a world living with high greenhouse gas (GHG) emissions, “a movement of a greater proportion of the tuna caught by purse-seine into the high-seas area”.

Redistribution of tuna could also reduce the combined annual fishing license revenues received by the Pacific islands by more than US$60 million, according to the scientists.