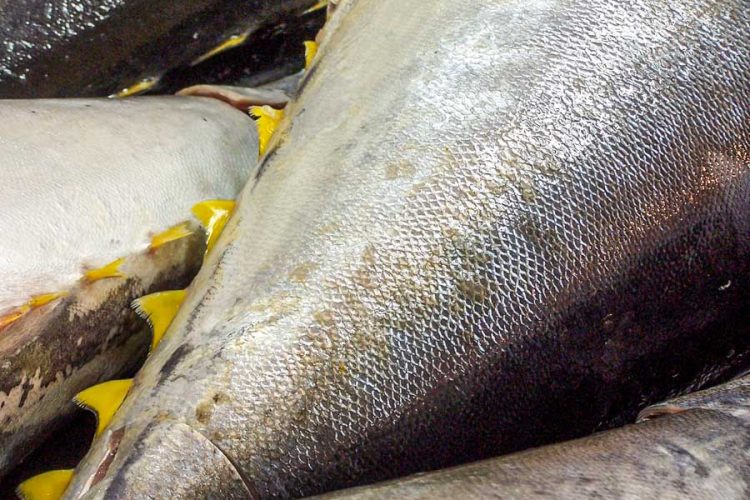 Pacific fisheries officials are calling on the members of the Western and Central Pacific Fisheries Commission (WCPFC) to band together and commit to a climate action plan during the commission’s 16th annual meeting.

Any plan needs to take into account the impact of climate change on fish stocks.

In a statement ahead of the week-long Tuna Commission meeting here in Port Moresby, Papua New Guinea, the 17-member Pacific Islands Forum Fisheries Agency (FFA) is “therefore calling on the WCPFC to collectively take stronger action on climate change”.

FFA introduced a resolution at the WCPFC urging the commission to:

Tuvalu Minister of Fisheries and Trade Mr Minute Alapati Taupo told Pacific journalists that although climate change was not a problem that his nation had caused, the impacts of climate change would fall on the Pacific, and would threaten the benefits of the region’s tuna fisheries.

“Climate change is not a problem that Tuvalu has caused – but we are going to suffer the effects,” Mr Taupo said.

Pacific Community (SPC) fisheries scientist Dr Graham Pilling said climate modelling shows that, as the climate warms, tuna will move to the east and while some Pacific island nations may benefit from the movement, the others will see a reduction in the fish.

He said it further indicates that fish “will move to the high seas and the overall amount of fish will reduce”.

Dr Pilling said that the major impacts of climate change “are predicted to occur after 2050, with some signs before that time”.

FFA Director-General Dr Manu Tupou-Roosen said climate change is an important issue that the Pacific islands face at the moment and into the future.

“Climate change is the defining challenge of our generation and the impact on Pacific Island countries is particularly threatening, given that tuna fisheries provide significant economic, social and cultural benefits,” Dr Tupou-Roosen said in a statement flagging FFA’s concerns before WCPFC16.

“FFA is asking for increased attention by Commission scientists on the implications of climate change for the region’s tuna stocks and consideration of what conservation and management measures can be put in place to reduce the carbon footprint of both Commission activities and fishing in Pacific waters managed by the Commission. Our members are proposing a resolution on climate change,” she said.

Tuna fishing brings in multiple billions of dollars in revenue for the Pacific island nations. According to the SPC policy brief, tuna caught in the Western and Central Pacific Ocean (WCPO) averaged 2.7 million tonnes a year between 2014 and 2018, with harvests from the exclusive economic zones (EEZs) of the Pacific nations representing 58% of this catch.