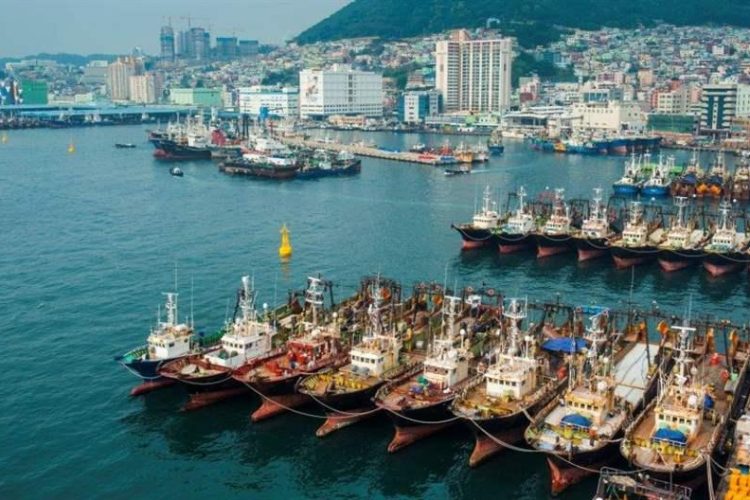 Addressing issues that aren’t exclusively fisheries-related might help a nation lower the risk of having illegally caught fish pass through its ports.
Photo: The Pew Charitable Trusts/Danita Delimont, Getty Images

One of the biggest threats to ocean health is illegal, unreported, and unregulated (IUU) fishing, which accounts for up to 1 in 5 wild-caught fish. IUU fishing imperils the sustainability of the world’s fisheries and the resilience of marine ecosystems, and harms the economies of coastal nations that depend on healthy fish populations.

While catching every illegal fisher would be a monumental task, there are numerous other ways to combat this destructive activity. Almost all commercially sold fish must come through a port en route to market. And that makes port State measures—a term for port controls on foreign-flagged fishing and related vessels—a critical part of the solution to IUU fishing.

Numerous governments, international bodies, and nongovernmental organizations have been working for years to implement the United Nations Food and Agriculture Organization’s Port State Measures Agreement (PSMA)—the first legally binding international agreement specifically targeting IUU fishing—which came into force in 2016. But in most cases, those various parties don’t have full knowledge of how States manage their ports, their exposure to illegally caught fish, and their progress in combating the problem. Greater awareness of those efforts and issues across governments and organizations could lead to policy and procedure adjustments that would help prevent illicit catch from entering port.

To better understand which port States are most at risk of having IUU-caught fish pass through their ports, The Pew Charitable Trusts commissioned a peer-reviewed study to gauge that likelihood and determine whether the State has taken certain actions—such as becoming a party to the PSMA or complying with conservation and management measures within regional fisheries management organizations—to keep IUU vessels from entering port or using port services. The study also looks at global vessel traffic to identify the busiest fishing ports around the world.

The study, “Any Port in a Storm: Vessel Activity and the Risk of IUU-Caught Fish Passing Through the World’s Most Important Fishing Ports,” published in the Journal of Ocean and Coastal Economics last week.

The results show that, in most cases, countries with high income levels and low perceived corruption face a lower risk of IUU-caught fish passing through their ports—demonstrating how addressing issues that are not strictly fisheries-related could improve a State’s ability to effectively mitigate IUU risk. The research also found that every region harbors weak and strong performers, and States that improve governance face less risk from foreign vessels attempting to land or transship illegal catch in port. The study considers publicly available information and does not attempt to measure IUU activity in specific ports or countries but suggests where more effective implementation of the PSMA would have the greatest impact.

Last week, around the second annual international day dedicated to the fight against IUU fishing, 61 countries met for the Second Meeting of the Parties to the PSMA in Santiago, Chile, to discuss the developments in implementation of the agreement and how best to close their ports to high-risk vessels.

Governments around the world have much work to do to translate PSMA requirements into national practice; they can take tangible steps now—starting with designating ports for use by foreign-flagged vessels and making information about port State measures publicly available—to help reduce this illicit activity.