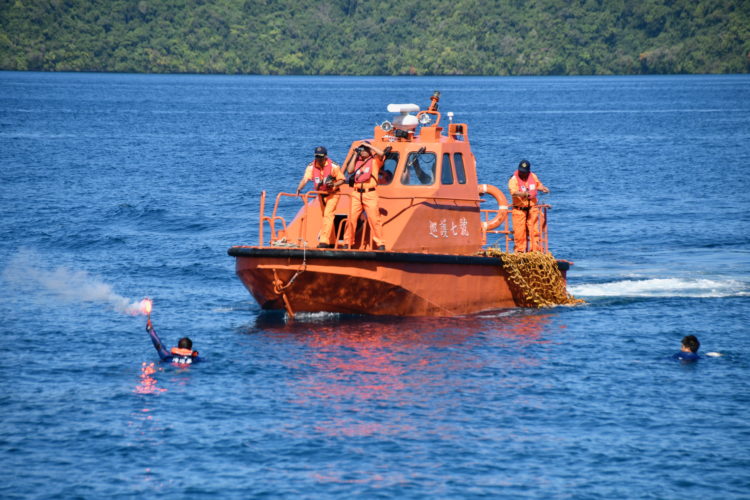 During the state banquet, March 22, hosted by the Palau government for President Tsai Ing-wen and her delegation, Taiwan announced that in line with the agreement, it is gifting  the island nation with a patrol boat to help stem maritime crime.

President Tommy Remengesau Jr. thanked Taiwan for continuing to be a “staunch partner” of Palau as it prepares to prohibit a huge part of its exclusive economic zone to commercial fishing by January 1, 2020.

“Tonight sees the handover of one of the most visible forms of this partnership through the new patrol boat for our coast guard. As our friends from Taiwan know all too well, as island states, securing our ocean spaces is vital to allow our respective national projects to flourish,” Remenegsau stated.

President Tsai praised Palau as a tourist destination and vowed Taiwan would continue to work with the country in various fields including marine conservation.

Tsai said Palau and Taiwan’s relationship: “show that oceans do not separate us, but bind us together.”

Taiwan has also donated a total of $1 million to the marine sanctuary fund, a pledge it made in 2015 when the legislation was signed.

Remengesau said the new patrol boat: “will augment our marine capabilities, strengthen our security, and be a vital tool in ensuring that the Sanctuary contributes to our sustainable development.”

By January 1, 2020, Palau is prohibiting all commercial fishing in 80 percent of its EEZ while 20 percent will be designated as domestic fishing zone to improve the nation’s food security.

Fishing nations that largely conduct commercial fishing in Palau are from Japan and Taiwan.

“Their future operations will be affected by the coming implementation of  PNMS in 2020,” it stated.

Although Taiwan embassy said it supports the implementation of the marine sanctuary, it hopes to “bridge a solution that can be accepted by both the ROP Government and Taiwan fishing operators.”

The embassy said Taiwan fishing operators wish to continue fishing in Palau waters, and “unload their catch in Palau; and Palau can continue to enjoy the economic benefits.”