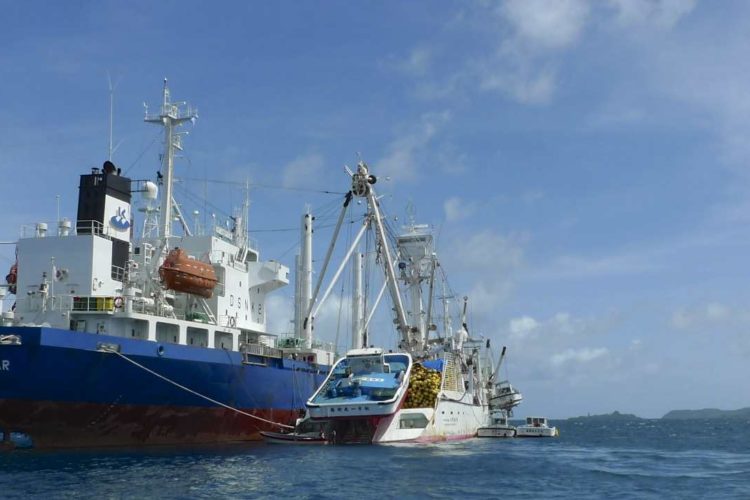 He expressed particular concern that concessions may have been granted without tangible proof of full performance by the concession grantee of agreed business investments and the delivery of benefits to the FSM and its people. Officials were instructed to ensure a proper and fair balance between maximizing revenues from licensing foreign fishing boats and promoting greater national participation in on-shore services and investment.

President Christian was explicit: the FSM government must not grant concessions until fishing investors and operators can demonstrate genuine on-shore business investments and tangible results that show an overall net gain to FSM’s economy and the well-being of its people and communities.

He called for more robust enforcement of concession trade-offs to be established by 2020.

“Genuine investors and partners should have no fear about a tightening up of FSM policies and practices,” President Christian said. “They will understand that delivering genuine and equitable two-way benefits provide the best assurance of long-term business viability and the sustainability of the tuna resource.”

While the first 12 nautical miles from land is considered territorial waters — i.e., the surface water and everything below is officially part of the country it’s near — an Exclusive Economic Zone is the sea zone stretching 200 nautical miles from the coast. While the surface water is considered international (i.e. ships can travel through it) everything below the water, including its fish, is for that country’s use. The value of tuna fishing access in the FSM’s EEZ has grown steadily since 2007, resulting from the implementation of the Vessel Day Scheme by the Parties to the Nauru Agreement  and the Western and Central Pacific Fishery Commission fishing effort restrictions. The FSM is poised to benefit significantly from restructuring and transforming its tuna fishery from foreign-based fishing operations to domestically-based fisheries.

The FSM, like most other Pacific Island Countries, has granted fishing fee concessions, or discounts, to fishing companies that are nationally owned or based in the FSM. Since 1987 the FSM has provided incentives to help offset initial high establishment costs that companies might face in order to invest in or transfer their operations to FSM. This concession policy was based on the understanding that those investments and activities would generate clear and tangible socio-economic benefits to the FSM economy and community, within an agreed timeframe, that would offset the fishing access revenues given up by the government when it grants the concessions.

The FSM’s fishing industry has grown from just two fishing companies with five purse seiners to 23 purse seiners in 2019. The growth is primarily attributed to the practice of granting concessionary VDS rates for domestic-basing that creates jobs for FSM citizens and enables the FSM’s full participation in the fishery and its development. FSM’s goal is to maximize the contribution of the fishery industry toward socio-economic development of the FSM and maximizing benefits to the resource owners (the people of the FSM). With larger values at stake in the fishery, the FSM government is reviewing and tightening up its investment and fishing access concession policies to ensure that they achieve the level of benefits that they seek within its national development aspirations.

FSM government officials emphasize the importance of full compliance by fishing concession holders to prove, as much as possible, the level of benefits they had promised to deliver in return for the concessions they have received.

The National Oceanic Resource Management Authority, its Executive Director Eugene Pangelinan said, “will implement robust monitoring of concessions to inform annual FSM VDS allocations to its fishing industry as called for by the president.”