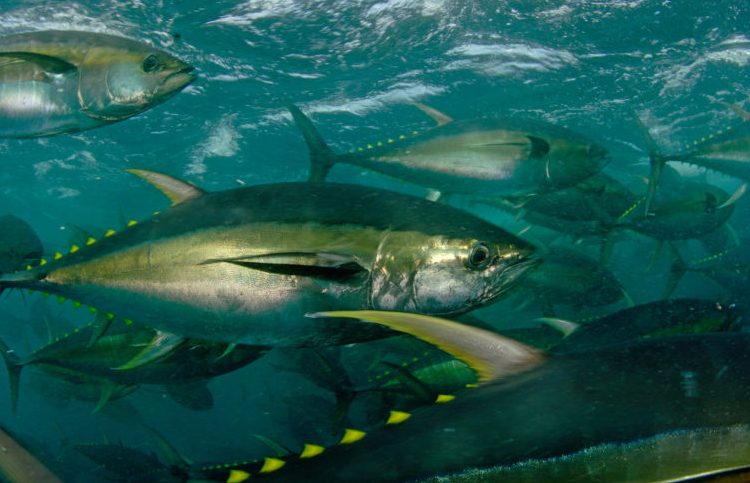 The Western Central and Pacific Fisheries Commission (WCPFC) ended on a positive note with several measures that will ensure that tuna stocks continue to be in a healthy state, earning praise from the Pacific nations and environmental groups.

On Friday night’s conclusion of the meeting, the 26-member WCPFC under the tutelage of outgoing chair Rhea Moss–Christian agreed to the adoption of the South Pacific albacore Interim Target Reference Point (TRP).

South Pacific albacore is the main commercial species for many small island countries in temperate waters. Currently stocks sit at 52 per cent of original spawning biomass. The target reference point has been set at 56 per cent of original spawning biomass. This is not the 60 per cent sought by the Forum Fisheries Agency countries to facilitate a return to profitability for their local fishing industry but is seen by them as a very welcome step forward.

The Commission also agreed to the extension of elements of the tropical tuna measure due to expire at the end of this year, for two years.

The tropical tuna measure regulates fishing on bigeye, yellowfin and skipjack tuna, which make up the vast majority of the Western and Central Pacific catch.

The Commission rejected the proposal of United States to increase its bigeye catch limits for its Hawaii-based longline fleet and to increase its days for purse seine fishing on the high seas.

As part of extending the tropical tuna measure the commission agreed to proposals to increase provisions for a three-month prohibition on use of fish aggregating devices (FADs) by purse seiners in exclusive economic zones and high seas areas between 20°N and 20°S from July 1-September 30, and an additional two-month prohibition on FAD use on the high seas. By consensus, these FAD closures were extended through until the end of 2020.

No consensus or agreement has been made on shark management.

The adoption of a TRP for south Pacific albacore was hailed as a success by Pacific nations.

“This is milestone for the management of the South Pacific albacore fishery,” Dr. Tupou-Roosen, Director General of the Pacific Islands Forum Fisheries Agency said.

”The setting of a Target Reference Point is something we had been advocating for a number of years now so to have been able to have the Commission agree on that was particularly significant,” said Tepaeru Herrmann, chair of the FFA’s governing body the Forum Fisheries Committee on behalf of all FFA members.

“FAD closures are an important conservation action that reduces catch of juvenile bigeye and yellowfin tuna,” said Ludwig Kumoru CEO of the Parties to the Nauru Agreement.

“Maintaining the FAD closures is contributing to sustainably managing our tuna stock,” he added.

The adoption of the resolution on Labor standards delighted Pacific delegates and human rights groups.

“FFA Members continue to lead by setting the standards for responsible fishing in all respects,” Dr. Tupou-Roosen said, adding that the WCPFC is the first Regional Fisheries Management Organisation to take this critical step for to improve conditions for crew and observers on board fishing vessels.

PEW Officer on Global Tuna, Dave Gershman said:  “PEW is pleased that the Commission took a positive step toward ensuring the health of bigeye tuna by agreeing not to weaken its conservation measures.

PEW encouraged the Commission to use the breathing space until 2020 to develop its long-term harvest strategy for bigeye.

The United States delegation was asked for comment but was unavailable.

“Regrettably, the USA HOD is not able to comment on the WCPFC15 outcomes this evening,”  a spokesperson wrote in an email.

Next year’s WCPFC will be in PNG and the new Chair Korean, Jun-re Riley Kim will lead the Commission.