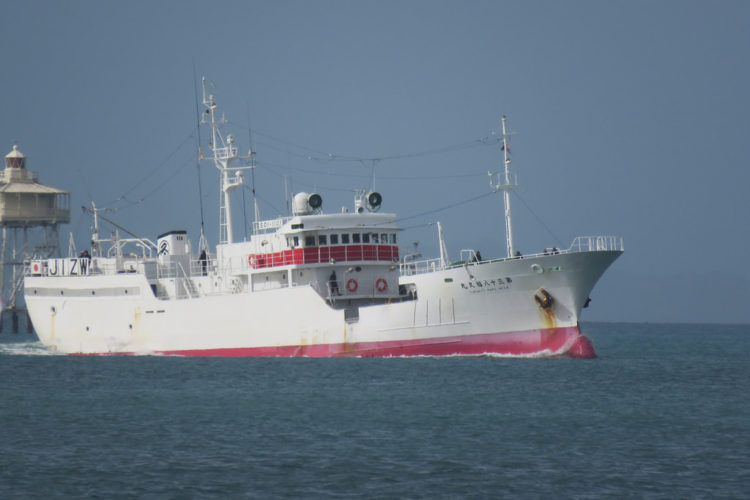 Palau looks to close its EEZ to foreign fishers, and Japanese longline fishers are not happy

IN the Japanese port of Ishigaki, the longline fleet has braced for the impact of the decision of a tiny Pacific state to ban fishing in its waters from January 1, 2020.

The fate of 20 small fishing vessels is hooked to this conservation move which Palau – once occupied by Japan – has deemed necessary to protect its coastal waters.

A ban will mean the Ishigaki fleet from Okinawa Island will no longer have access to the katsuo (bonito, also known as Skipjack) which is the ingredient for tataki – tuna seared very briefly over a hot flame or in a pan, and can be briefly marinated in vinegar, sliced thinly and seasoned with ginger.

And so, on the periphery of the Western and Central Pacific Fisheries (Tuna) Commission in Hawaii this week, Japanese delegates approached the subject of research in Palau waters post 2019.

It’s a thinly veiled move to allow Ishigaki fishermen to cross into Palauan waters and fish for Skipjack under the guise of research while actually catering to the tataki tables of metropolitan Japan.

Japan’s Head of Delegation at the Tuna Commission, Shingo Ota, said Palau was concerned about the closure because of its impact on the Okinawa fleet of what he described at 20 small-scale longliners.

“If Palau is going to close the area those vessels have nowhere to go, “ Ota said.

There has been no mention of the 2000 tonnes of Big Eye which the Okinawa fleet also catches each year off Palau.

Palau’s fishing grounds are closest to Okinawa and Ota acknowledged that the ease of access to the EEZ by the Japanese fleet was also related to proximity and, by extension, economic reasons including fuel and supplies.

While Ota acknowledged that Japan had approached Palau to make exceptions for the Okinawa-based fleet after the fishery closure, he would not be drawn into details of the request.

By small-scale, Ota means vessels with the capacity to catch no more than 20 tonnes compared to the large scale which is usually 400 tonnes gross tonnage.

When Palau closes its Exclusive Economic Zone, the area will effectively become a sanctuary in which fishing and mining is prohibited.

A dedicated 20 per cent of the EEZ will be accessible to domestic fishing fleets which will off-load in Palau in an effort to boost local industry and create employment.

President Tommy Remenegsau pushed for this measure, citing the need to restore the health of Palau’s ocean for future generations.

Under this initiative Remengasau hopes to increase fish stocks in the EEZ and encourage more diving tourism which has proved to be attractive to Asian visitors and lucrative for local tour operators.

But even before the sanctuary has been established, the Distant Water Fishing Nations – in this case Japan – have started not-too subtle attempts to unpick a landmark decision by a Small Island Developing State.

And Japan can wield influence over its tiny eastern neighbour.

Japan is one of Palau’s largest foreign donors, providing aid which has enabled the building roads, water improvement and, possible future funding for the expansion of the airport.

The Roman Tmetuchl International Airport development will allow for 200,000 visitors a year to access Palau.

How much influence Japan is willing to exert will depend ultimately on whether Remengasau’s government pushes back on the attempt to secure the future of the Okinawa fleet.

But in an attempt to bring Pacific islands to the table, Japan has used the region’s often-touted appeal for consideration of traditional practice as a trump card.

“In addition to (the impact of) distant water fishing fleets, some of the species are migrating into Japanese waters, particularly skipjack,” Ota said.

“(But) we have seen very poor migration of skipjack in recent years and so our coastal fishermen are very much concerned about skipjack.”

So what impact has this had on Japan’s coastal fisheries?

“They cannot catch skipjack, they have been traditionally catching skipjack in their coastal waters and I am telling other members that skipjack is not only important for economic objectives but also cultural objectives,” Ota said.

At the Tuna Commission in Hawaii, a group of Okinawan fishing industry representatives wearing “No Katsuo (Skipjack), No Life” shirts mingled with delegates to draw attention to their plight.

In the past Japan has used the research excuse to continue whaling activities despite an international moratorium.

Depending on Palau’s decision, the world will soon know whether Japan has been able to flout another international convention under the guise of contributing to science.