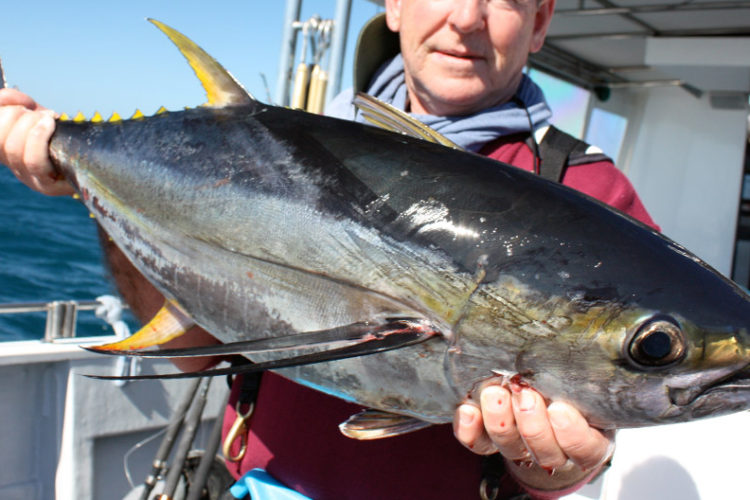 Japan believes that the US proposal to increase its bigeye catch limit is not fair.

The proposal would reward countries for better than minimum observer coverage on their longline vessels and for banning transshipment of fish. Transshipment is well-known as a key risk area for misreporting on fish catches and for potentially other illicit activities such as trafficking people or drugs.

FFA Members including Tonga have expressed strong concerns regarding the US proposal.

Head of Japan’s delegation to the Tuna Commission in Honolulu Mr Shingo Ota told Pacific Editors Japan does not like the US proposal as there are many other factors to be taken into account.

In the case of Japan, he said, they have been providing catch support which is a fundamental basis of stock assessment, therefore this scientific contribution should be appreciated.

The view from Japan is US is picking up only limited factors which are in favour of their operations and it is unfair. The United States has acknowledged it will be the only country eligible to benefit.

Ota also denied suggestions made in the US proposal that observer coverage on the Japanese fleet has gone down in the past year. He said the US figures are misleading and wrong. Ota emphasised that Japan is actually implementing its requirement for a minimum of 5% coverage.

He said while some of the fleets had little bit less than 5%, others had more than 5%.

On observers, Japan said it had had some unfortunate incidents in the past. Sometimes observers get depressed and they really want to return to port. Therefore, the fishing vessel had to quit fishing operations. Ota said Japan is working on this issue and that’s why electronic monitoring would be one of the solutions.

Pacific countries have proposed that this year’s Tuna Commission pass a resolution in supporting better working conditions for crew and observers working in the tuna fleets of all member countries.

Ina letter to the Commission the FFA Chair, Tepaeru Herrmann said: “The issue of poor labour conditions and mistreatment of workers on fishing vessels is vitally important, both to the Pacific and across the globe. Not only is the reputation of the WCPO fishery threatened by this, but our own citizens are at risk of being subjected to deplorable working conditions,”.

Ota said while Japan was very much supportive of the idea it the questioned if the Tuna Commission is best placed to handle this issue.

“The International Labor Organisation has a convention which deals with exactly the same topic so I think it would be natural to ask the members to ratify the Convention rather than discussing this issue at WCPFC,” Ota said

Japan fears the resolution, which is non-binding, might lead on to a push for binding labour standards.

It is easier to accept if it is a non-binding resolution, but what comes next is the question,”  Ota said. ……ENDS