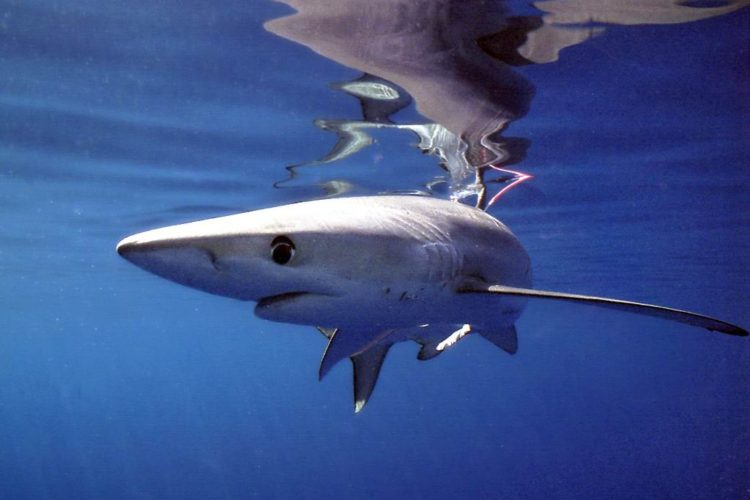 Blue sharks dominate the by catch of longline tuna fisheries in the Pacific (Photo: NOAA)

Another push is being made at Western and Central Pacific Fisheries Commission (WCPFC) meetings this week for an agreement on a comprehensive shark management measure.

The incidental catch of sharks while targeting other fish such as tuna has become a serious threat to the species.

A 2013 study by Social Development Direct, a UK based research group estimated that around 100 million sharks died in 2000 as a result of fishing, and 97 million in 2010.

Outgoing Commission chairperson, Rhea Moss-Christian, told reporters Saturday that the shark management measure would be a priority this year.

At last year’s Tuna Commission meeting, WCPFC  vowed to take up the issue of sharks at this year’s commission, however delays caused by fishing nations may have slowed things down.

A shark management measure would require all members, cooperating non-Members and participating territories to prohibit the removal of shark fins at sea.

It would also ban transshipment, retention on board and landing of shark fins.

Deep-sea longline fishing vessels and deep-sea and coastal trawlers had the largest total annual shark and ray by-catch according to Social Development Direct in 2015.

Blue sharks dominated the by-catch in longline fisheries. For other types of fishing gear,the species of by-catch varied across oceanic regions.

The WCPFC has the mandate to conserve and manage nearly 60 per cent of the global tuna catch, equivalent to 2.9 million tons of tuna, valued at over $5 billion.It is also responsible for managing and conserving other migratory fish such as sharks and manta rays.

The environmental group, PEW Charitable Trust, said all species caught as by-catch fell  under the mandate of WCPFC.

Dave Gershman, PEW Global Tuna Conservation Officer said there should be a firm commitment, to conduct assessments on shark stocks in the WCPFC Convention Area.

“ PEW is keen to see action for sharks before their numbers crash. Negotiations for new rules on sharks have to take into account the widely differing interests of fishing nations and more conservation-minded resource-owning nations,” Gershman said.

Sharks are important to the ecosystem and as the top predators they keep the balance in the oceans. For small Pacific island nations, sharks can generate more money alive than dead.   Shark-based tourism in most of these nations is a lucrative business.