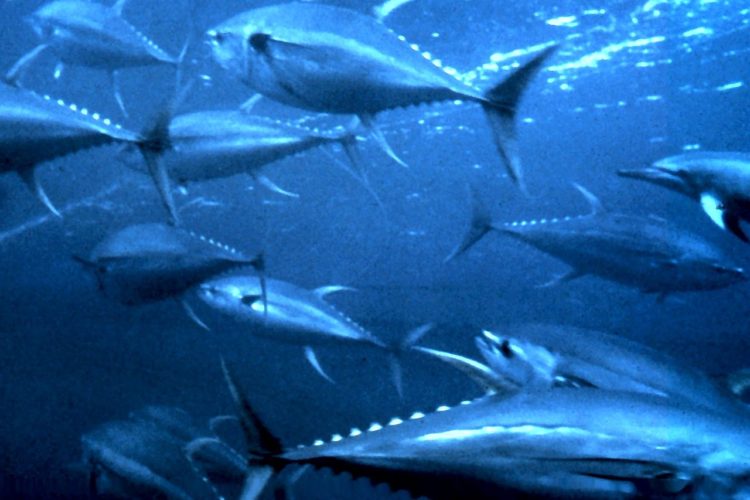 Talks at the Tuna Commission meeting this week will focus on the tropical tuna measure, which covers skipjack, bigeye and yellowfin tuna (Photo: WWF)

Honolulu, Hawaii- The 27 nation members of the Western and Central Pacific Fisheries Commission (WCPFC) will meet this week to make decisions on critical issues on tropical tunas, illegal fishing, observer safety and the management of Fishing aggregating devices (FADS).

Pacific nations and distant water fishing nations are due to decide, at the annual WCPFC meeting, which begins December 10 today Honolulu time (Tuesday, Palau time), how to ensure the sustainability of tuna stocks.

It was quite a busy year for the Commission in 2018.

“We are expecting heavy discussions on the tropical tuna this year,” Rhea Moss-Christian, chairperson of the WCPFC, told reporters on Saturday.

The Tropical Tuna Measure sets fishing rules and influences for tuna worth more than US$4.4 billion a year.

In an earlier statement, the Parties to the Nauru Agreement (PNA) said it wants to see WCPFC act on the existing tropical tuna measure but not increase the tuna catch.

Ms Moss-Christian said member-countries are expected to continue discussions on harvest strategies which will provide comprehensive plans for keeping tuna stocks in a healthy state.

The main proposal is that the Commission establish a new Science-Management Dialogue that would allow delegates to the annual Commission meeting to discuss harvest strategies and arrive better briefed on the science behind fisheries.

Work has also been progressing in other areas. Moss-Christian said that prior to this year’s annual negotiations work has been done through working groups on the Compliance Monitoring Scheme,electronic monitoring and reporting, Pacific albacore stocks, shark and ray protection and management of FADs.

“There are important issues that will be addressed next week,” she said.

Moss-Christian, who will be concluding her leadership at the WCPFC this year, said she is more confident about the nations reaching consensus on several measures next week.

She made history by serving a four-year term as chairperson of  WCPFC and she said she feels good about her last term at the helm of the tuna body.

FFA Director General Dr Manu TupouRoosen said it is vital that WCPFC does not weaken the current tropical tuna measure.

“Our position is to not weaken the tropical tuna measure, we would like to maintain the strength of that measure,”Dr Tupou-Roosen stressed.

She said the measure ensures conservation and management of the tuna species – skipjack, yellowfin and bigeye.

She also said that it’s important to ensure sustainable management of the wider fishery in the Pacific.

PNACEO Ludwig Kumoru said as resource owners of the crucial tuna species in the Pacific, his organisation will work in collaboration with FFA.

We will “work together to promote effective measures at the WCPFC for sustainable management of our fisheries resources” he said.

The WCPFC is responsible for setting the rules for conservation and management of tuna and other marine resources in the world’s biggest fishery.