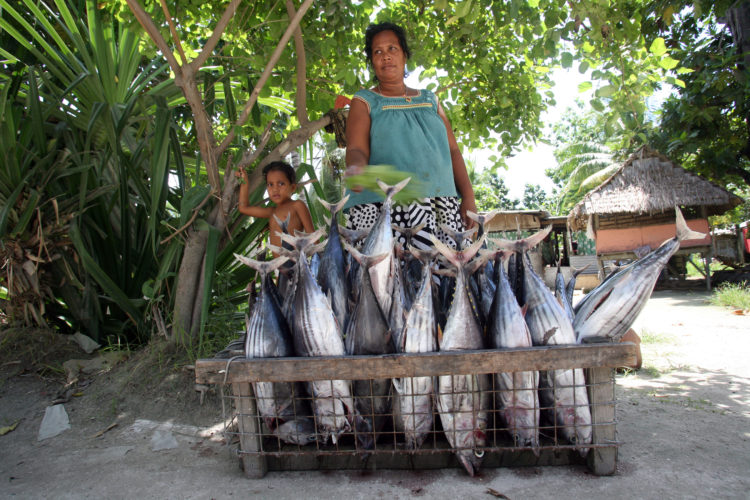 HONOLULU,10 DECEMBER 2018 (PACNEWS)—- The eight nations that are Parties to the Nauru Agreement (PNA) are to investigate ways to claim their current 200-mile exclusive economic zones before they lose land to climate change-induced sea level rise.

‘This is one of the most important things the PNA is going to start looking at,” PNA CEO Ludwig Kumoru told journalists in Honolulu ahead of the 15thWestern and Central Pacific Fisheries Commission (WCPFC), happening in Honolulu this week.

“We want to make sure that even if their land disappears that they (PNA member nations) don’t lose their EEZ,” he said.

Earlier this year Tuvalu Prime Minister, Enele Sopoaga, spoke about the need for his country’s borders to be defined by GPS positions rather than physical landmarks to allow for ownership of fisheries in the event the islands being lost due to rising sea levels.

PNA CEO Ludwig Kumoru told journalists that ocean ownership after islands disappear due to climate change is one of the emerging issues which needs Pacific regional solidarity and cannot be addressed alone by member countries.

“There are a lot of things we as PNA a cannot address alone,” Kumoru said.

“We have to work together – FFA, SPC, even with the Pacific Islands Forum because one of the things which is in there is what’s going to happen if sea levels rise and countries lose land. So, for PNA, although (climate change issues) is not directly a PNA issue …. and these are the threats. So we want to make sure that even if their land disappears that they don’t lose their EEZ.

“Where ever are our people going to migrate to, they must have a source where they are going to make money.  So that is one of the things that’s is going to betaken out in the Strategic plan, “How are we going to address it. Who are we going to work with?”

“You know there are issues like Tuvalu Islands are sinking, you know sea level rise, so islands won’t be there anymore so we want to make sure that the boundaries are protected today so in years to come even if people migrate somewhere else that is still their EEZ, they still have licenses and support their people where ever they are going to be,” Kumoru told journalists.

The Forum Fisheries Agency (FFA) is one of a consortium of Pacific inter-governmental organisations working on ‘The Pacific Maritime Boundaries Project’ to establish maritime zones under the UN Convention of the Law of the Sea.

Law of the Sea expert and FFA Director General Manu Tupou-Roosen, reminded journalists that Pacific leaders have declared climate change the biggest threat to the region.

Dr Tupou-Roosen said the Law of the Sea does not give a clear position on EEZ claims of Pacific states in the case of sea level rise.

This makes the work of The Maritime Boundaries Project all the more urgent and important she said.

“That is what I’m saying as long as the EEZ boundary that we have now, is locked in, you don’t lose it just because your sea level, just because your Island in sinking doesn’t mean your EEZ shrinks. No, you keep it the way it is so it doesn’t shrink. Wherever they go in the next 50 years, or the next 100 years, that is their source of money you know, they can go settle around the world somewhere,” he said.

I said, it doesn’t directly relate to fisheries but they are members of the PNA under this new strategic plan those issues we are going to be taking up.”

Kumoru said the PNA would remain abreast of these emerging issues.

“We will play it by ear and see what comes up It comes up we will just have to reorganise that and see how we will address that emerging issue,” said Kumoru.

Other Pacific islands which are threatened by rising sea levels and might benefit from recognition of GPS-defined borders are Kiribati, the Marshall Islands and the Federated States of Micronesia……. PACNEWS