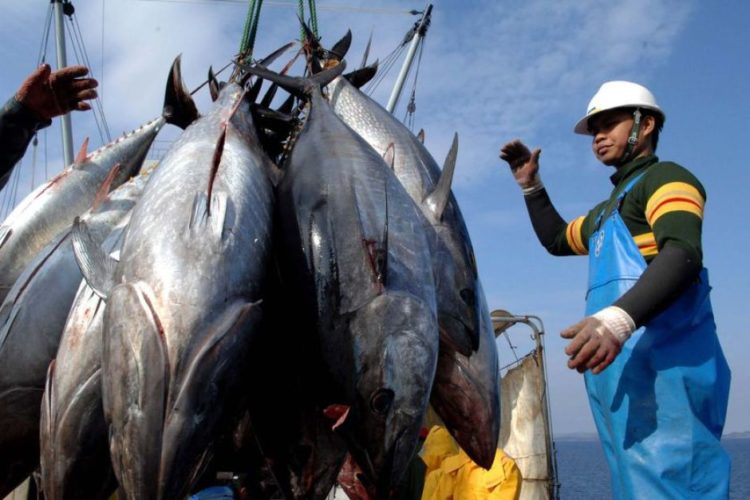 Honolulu, Hawaii– Ministers from the eight Parties to the Nauru Agreement (PNA) nations and Tokelau will be meeting here Friday [7 December] to discuss measures promoting sustainable management of fish stocks in their waters.

Sengebau said he would propose that Palau host next year’s ministerial meeting.

On December 2, tuna officials from the eight-member PNA met ahead of the Western and Central Pacific Fisheries Commission (WCPFC) meeting from December 10-14 in Honolulu.

The WCPFC sets the rules for tuna fishing as well as for protection of vulnerable ocean-going species such as sharks, rays and turtles.

After the meeting PNA CEO Ludwig Kumoru emphasized the importance of the PNA’s collaboration with the Pacific’s largest fisheries body the Forum fisheries Agency (FFA).

Mr Kumoru said ensuring the tuna stocks remain healthy is the highest priority of the Islands.

This requires ongoing and effective conservation measures on both the high seas and in the exclusive economic zones of the Islands, he said

“That is why the PNA and the FFA put so much effort into preparing for WCPFC,” he said.

Sengebau, along with the other ministers will attend the fisheries ministers’ meeting today in Honolulu to review the draft strategic plan, and other matters along with other WCPFC-related issues for policy consideration by the ministers.

Sengebau said he agrees that one of the issues that need to be tackled during the meeting is to improve management of fishing devices which are placed in the water to attract fish -known as FADs- especially in light of new technology such as radar and sonar now used on FADS.

“We need a better approach and better strategy on the FADs issue,’ Sengebau stated

Sengebau said that because of the new FAD technology , it is easier for vessels to catch fish that could impact PNA’s revenues from the vessel day scheme.

He said PNA countries should consider not only an effective way to manage the FADs but ensure that there will be economic returns for the Pacific by way of fees for FADs deployed.

In an earlier statement PNA said FADs are playing an increasingly important role in the purse seine fishery in the Western and Central Pacific Ocean that there is a need to step up its FAD management and tracking program.

PNA’s new five-year strategic plan, to be adopted soon, to guide its work, includes work to address climate change impacts on the fishery, according to a PNA press statement.