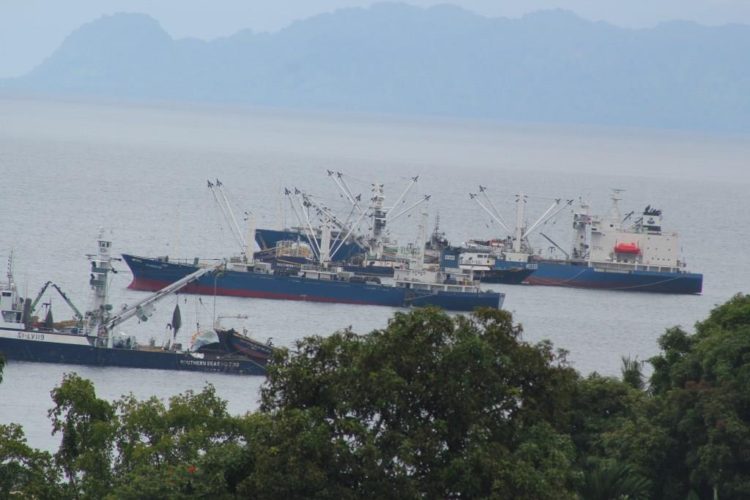 THE Solomon Islands government has earned a record $399 million Solomon Island Dollar (SBD) from its tuna resources in 2017, the Ministry of Fisheries and Marine Resources (MFMR) in Honiara has revealed. This is around $51 million US dollars.

The fishing industry now offers hope for the country, behind the logging industry, which earns more but is slowly decreasing in its revenue.

Ministry’s Under-Secretary (Technical) Ferral Lasi said offshore fisheries remain the largest income-generating sector and this is from tuna alone, which accounts for almost 90 per cent of the revenues.

He said it’s a trend he believes could take the lead in a country that has heavily relied on logging for the last two decades.

“Tuna is soon to take up the lead, as it continues to show a massive increase in revenue compared to the past.

“This positive trend shows the improvement in management of the country’s ocean resources and, most importantly, the collective efforts from neighbouring countries in the region to pursue a common objective to manage tuna,” Mr Lasi said.

He added that the species of tuna caught in the Solomon waters worth millions of dollars are albacore, yellowfin, bigeye and skipjack – the four main species of interest in the world market.

“The wealth of any island nation in the Pacific lies in the massive area of waters surrounding their archipelagos, and that is measured 200 nautical miles from the shoreline, known as the Exclusive Economic Zone (EEZ).”

Like other island countries, the ocean bounded under the sovereignty of Solomon Islands is many times larger than the land mass of the country itself, hence the responsibility to care and protect the EEZ is a challenge.

Mr Lasi’s revelation that $339 million collected from revenues in fisheries by the government is a well-deserved acknowledgement for the hardworking staff in the MFMR.

He dubbed logging in the country as a ‘sunset industry’.

“The fishing industry remains the most promising industry that keeps the government optimistic for the future.”

He said once other marine species are managed well to benefit the local people and enable them to participate in commercial activities, more revenue will pour into the country without heavy reliance on tuna.

He said an example of this is bech-de-mer (sea cucumber), which is a valuable marine species but not abundant like tuna.

Mr Lasi stressed that once the right policies are put in place by the government to help local people, the management and commercialization of sea cucumber will definitely boost the economy and enrich the indigenous people.

“There are many marine resources inside our coastal waters and the ocean that should be enough to sustain our livelihood and support our government to commit in its service delivery.”

Mr Lasi further stated that more work is being carried out by MFMR to gauge the maximum benefit Solomon Islands can acquire from its ocean resources, though sustainable management.

There may be several more millions generated from other marine products.

But the question is, how much of that money actually ends up in the hands of Solomon Islanders?

This is a hard question to answer.

But it’s a question worth answering if Solomon Islanders are to quantify the benefits they are deriving from their own marine resources.

Former chief executive officer of the Parties to the Nauru Agreement (PNA) and the country’s very own fisheries law expert, Dr Transform Aqorau, once said that the Solomon Islands should be earning more from its tuna than what it is earning now.

But for the nation to earn maximum benefits from its marine resources, resource owners must be considered and included in all facets of policy and decision-making.

Right now, most of the big players in the industry are outsiders. Solomon Islanders are still missing out.

Whilst the fisheries industry holds much hope for the country, authorities need to ensure resource owners get maximum benefit from their resources.