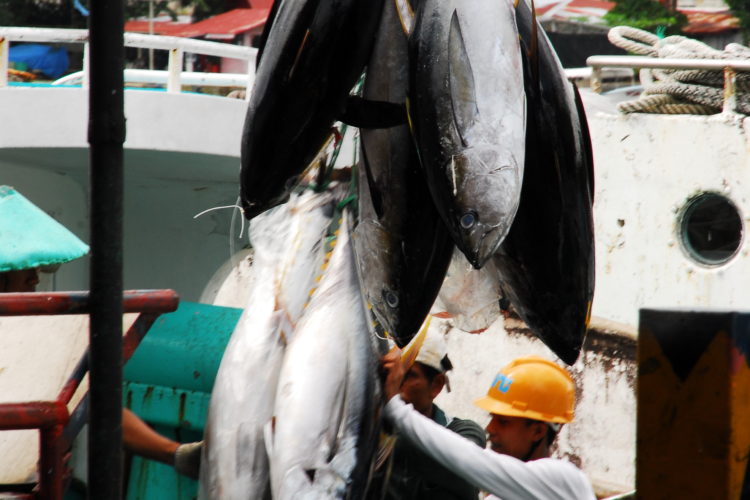 A two-year mission to examine the movement of yellowfin tuna and Indo-Pacific blue marlin was launched in Palau late last year.

Palau International Coral Reef Center (PICRC), together with Dr. Alan Friedlander from National Geographic’s Pristine Seas and the University of Hawaii, and with support from the Government of Italy and National Geographic Pristine Seas, are working on the mission to determine the effectiveness of a large-scale marine protected area for the conservation of highly mobile species and its potential value to local fisheries.

Palau is the first country to declare 80 percent of its 193,000 square miles of exclusive economic zone (EEZ) as a no-take zone, or the so-called Palau National Marine Sanctuary (PNMS).

The study is to look into the extent to which the PNMS will provide protection for highly mobile species such as tuna and billfish, which are a major focus of the local fishery.

A press release from the PICRC said that effective management under the PNMS depends upon understanding the amount of time these fishes spend within the sanctuary, the extent of their migrations, and the importance of Palau as a spawning and nursery area for these species.

“This is the first ever scientific examination of the effectiveness of a large-scale marine protected area for the conservation of highly mobile species and its potential value to local fisheries,” says researcher Dr. Alan Friedlander.

The researchers will work with local fishers with the use of advanced satellite and acoustic technologies to examine the movement of tuna and other important fisheries species.

While some yellowfin fish moved outside of Palau’s waters, most tuna and all the blue marlin tagged stayed within the sanctuary boundaries. Further research will expand our knowledge and understanding of the movements and behaviors of these species.

Understanding the movement of open-ocean fishes in and around Palau is critical to the sanctuary’s success.

The Ministry of Natural Resources, Environment and Tourism, in their year-end report for 2017 submitted to Palau President Tommy Remengesau, said that historically, reef fish have been a staple of the Palauan diet. However, increased fishing pressure on these often slow-growing species has caused a significant decline in their biomass in recent years.

As part of the PNMS, which will be implemented by 2020, transitioning Palau’s pelagic fishery – which is currently dominated by foreign fleets – into a purely domestic fishery should alleviate pressure on reef-associated species and help preserve pelagic fish stocks within the EEZ for Palauans.

Under the PNMS law, 20 per cent of the EEZ will be a domestic fishing zone.

Palau partners, including National Geographic, Secretariat of the Pacific Community (SPC) and the Forum Fisheries Agency (FFA) have committed to the project.