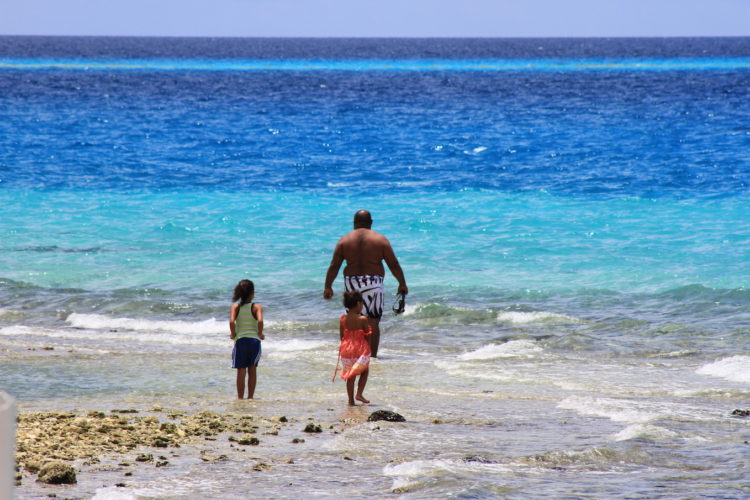 Managing the Pacific’s tuna stock is important in terms of the global marine ecosystem and for Pacific people and their economies. It points to Pacific solidarity as the guide for technological methodology and innovations to maximize commerce while protecting the cultural integrity and health of its vast 19.3million square kilometers of ocean real estate.

The Pacific is blessed with the largest and most valuable oceanic fishery on the planet. Alone, it yields close to 60 per cent (3.5m metric tons) of the globe’s entire annual tuna harvest (4.99m metric tons) in 2014. According to the latest FFA Economic indicators report, the Western and Central Pacific Ocean (WCPO) share of the global catch of albacore, bigeye, skipjack and yellowfin tunas increased from 50% in 2006 to 58% in 2014. In 2015 the total WCPO catch of these species was 2.7 million tonnes, 57% of global production of 4.7 million tonnes. The total WCPO catch in 2015 was down 7% on the 2014 record catch of 2.9 million tonnes driven by a decline in the catch from the purse seine fishery as intense El Nino conditions prevailed over most of the year.

But with the resource blessing comes two great responsibilities for the 17 Pacific countries and one territory that together own 19.3million square kilometers of Exclusive Economic Zones (EEZs) in the Western Central Pacific Ocean (WCPO).

All of them form a collective under an agency they established in 1979, the Forum Fisheries Agency (FFA), to help members manage their fishery resources with the goals: sustainability, value, employment, and food security.

One of the key challenges FFA members face at the national and regional levels, is to maximize their share of economic benefits flowing from the exploitation of the tuna resource.

Plans and policies are constantly formulated to maximize commercial opportunities within the FFA members fishery with the latest figures showing a ‘dock value’ of US$3.1billion (2014 figures). These also include exploring the potential to take slices from different levels of the supply chain right down to the retail end – where tuna products from the Pacific fishery were valued at US$22.7billion in 2014 (more than 50 per cent of the global value US$44.2billion, 2014).

Pacific leaders have prioritized this area of focus since 2010 when they were presented the ‘Future of Fisheries’ study predicting the “region’s tuna catch in 2024 will be worth double what it is in 2014.”

However, the study pointed out that if nothing is done, Pacific countries will not gain much from that two-fold increase, “Although tuna fisheries are seen as an important opportunity for economic development, we are still in the situation of allowing two-thirds of our tuna to be harvested by foreign fishing boats; and nearly 90 per cent is taken out of the region for processing. Larger and more developed countries are taking our fish to create their profits, exports and jobs.”

The study detailed one of the ways to ensure Pacific countries get their fair share (of profits, exports, jobs) would be, “by increasing value rather than volume, by eliminating oversupply and targeting higher value products and markets. In line with increased value and profitability, there will be scope to increase access fees for countries that wish to continue licensing foreign vessels.”

In 2015, FFA members adopted the Regional Roadmap for Sustainable Pacific Fisheries to express their shared goals and strategies revolving around two broad goals:

At the same time, they also tasked regional agencies to extract further gains in revenue by reduce/eliminating Illegal, Unreported and Unregulated (IUU) fishing in the fishery.

In March 2016, a report, the first of its kind, to quantify IUU in the Pacific fishery was released.

It revealed that 306,440tonnes of tuna were lost annually to illegal fishing. A volume of tuna that equates to US$616million per annum.

However, the report explicitly pointed out the US$616million ‘Ex-vessel’ value is not a good indicator of actual loss to FFA members.

“This is because the full value of the catch is not returned to coastal states under normal circumstances (only a proportion of total revenue is, typically through access fees) and because of their nature, some risks may not necessarily result in direct losses,” it stated.

A better measure “is likely to be the economic rent lost as a result of IUU activity.”

Therefore, it estimated the rent loss to FFA members, and a more accurate cost of IUU activity in the region “is around US$152.67million”.

For the 15 FFA Pacific small island countries and territory, that sum of money would make a significant difference to the lives and well-being of their people.

It would increase investments in human capital, along with small but strategic infrastructure projects, which would yield substantial economic returns by enhancing productivity. At the same, would help its fisheries agency better manage and control their fisheries.

But while the fight against IUU is ongoing, many Pacific countries are already reaping increased fisheries revenues.

In the Federated States of Micronesia, fiscal year 2015, fishing license fees contributed to 65 per cent of government revenues excluding grants. This is seen to climb to 74 per cent in fiscal year 2016 highlighting the need for sustainable management of the FSM’s fisheries.

This increased revenue has enabled them to: (i) improve fiscal positions, (ii) increase savings in public trust funds, (iii) increase government expenditure—particularly investments in human capital, (iv) for a normal size cannery in Papua New Guinea and the Solomon Islands, over a thousand workers when properly trained, can fill all of the positions including managers, engineers, accountants, cleaners, mechanics, and (v) jobs keep people at home which enables maintenance and continuation of their languages, traditional, and cultural ways of life.

According to the Pews Charitable Trust, “Ecologically, tuna are a vital part of marine systems. Their importance in food webs as predators and prey is difficult to monetize; however, tuna are known to play a fundamental role in open ocean ecosystems. And that makes maintaining their health critically important to human communities, [in other parts of the globe,] that rely on them for food and economic well-being, particularly at a time of global ocean change.”

But there is also another, equally important dimension to the security issue where global fisheries and network extends beyond environmental and economic harm.

For not only are the oceans rife with illicit fishing practices that threaten the marine ecosystems, regional and global food security; human welfare concerns and labor rights abuses; the industry is also a conduit for human trafficking, drugs and other illicit activities.

It is at this illegal junction that an innovative multilateral approach by the FFA through the Niue Treaty Subsidiary Agreement (NTSA), is setting a new standard for combatting IUU fishing and its broader affiliated harmful activities.

It is a legal agreement that acts as a platform for cooperation between Parties on monitoring, control and surveillance of fishing; together with procedures for prosecuting and penalising illegal fishing vessels. Another component that targets ‘Persons of Interest’ is being developed.

According to the head of the legal team behind the NTSA, “The way it’s set-up with its objective of combatting IUU fishing, enhancing active participation on surveillance and enforcement with the broader objective above that, that we can achieve our fisheries management objectives and maximize the social and economic benefits for our people.

“There is every possibility that this NTSA framework can be used in any scenario that we will be seeking to capture IUU offenders,” Dr Manu Tupou-Roosen told Pacific Guardians at FFA headquarters earlier this month.

But the potential of the NTSA extends beyond the boundaries of the fishing sector because of a unique legal capability that’s being built in.

A legal capability that allows fisheries data and intelligence to be shared for broader law enforcement purposes, and vice versa. “A legal capability consistent with our Leaders’ call in 2016 to end transnational crimes such as ‘human trafficking and illicit trade’,” said Dr Tupou-Roosen.

“The unique feature of the NTSA is that we are able to share with those broader law enforcement agencies any information that we think is critical to them like human trafficking through our own inspection of fishing vessels; Illicit trade, any of those transnational crimes.

“So there is a real ability through the NTSA to assist the region in broader law enforcement effort. And it is not just one way, that we share with them, but also the other way, in how they share back with us any information they find in their line of work that would be relevant for fisheries purposes.”

It is not hard to look past the NTSA’s unique foundational frame because it is based on the Pacific’s ‘communal’ cultural mores – identified as solidarity in the Western context. A characteristic reaping success for the eight Pacific member Parties to the Nauru Agreement (PNA). Their innovative licensing regime, Vessel Day Scheme (VDS) which also includes Tokelau, has increased fishing license revenues by more than 400 per cent between 2011 and 2015.

Success that’s facilitated through two important facts: PNA members EEZs cover a substantial proportion of waters in which skipjack tuna are fished globally; and their ‘Pacific communal’ agreement to enforce the VDS as a regional regulatory arrangement.

It is this evidence, of Pacific communal actions to effect positive outcomes that provides confidence to extend the NTSA’s multinational framework beyond the fisheries industry. That the legal framework underpinning the NTSA is a viable tool for broader law enforcement efforts that would, with other monitoring, surveillance and control tools will be effective in fighting IUU in the Pacific’s oceanic fisheries, its coastal waters (as in the illegal Vietnamese Blue Boats), but also in combatting other transnational criminal and illicit activities.

With these innovative initiatives and more muscle being shown by Pacific leaders and FFA members, as in pushing the Observer Safety measure through at the 2016 Tuna Commission, there is hope that the Pacific’s tuna fishery is heading to a more sustainably managed future.

And at the same time, the collective strength of the Pacific’s 19.3million square kilometer of EEZs will also attract strong partnerships with other regional, national, and local governments, plus networks of fisheries sector stakeholders including non-governmental organizations, industry leaders, standards organizations, local universities, and fisherfolk that would lead to better protection of the world’s marine ecosystem, of vulnerable small island states in other oceans, and health of our planet’s ocean. –ENDS