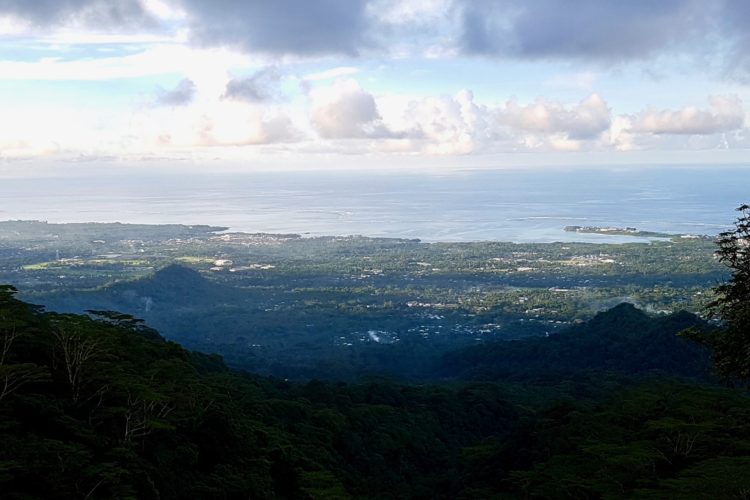 Pacific waters are home to the world’s largest fishery currently accounting for around 56 per percent of the global supply of tuna.

The dilemma the region faces is that those same waters will also be hosting the world’s first ever copper-gold project.

Papua New Guinea heavily relies on its extraction industry and the progress of the Solwara 1 project, now under development in its territorial waters, will mean added revenue to its national coffers while also much needed foreign exchange.

Nautilus has already been granted the Environment Permit and Mining Lease required for resource development at this site. It has indicated plans to grow its tenement holdings in the exclusive economic zones and territorial waters also in Solomon Islands, Tonga as well as other locations in the Western Pacific.

PNA chief executive officer (CEO) Ludwig Kumoru said he considered deep-sea mining to be a lot
more than the one or the deep sea mining,” said Mr Kumoru.

This is because the proposed seafloor mining operations would be done at 1,600 meters beneath the surface, well away from the 200 meter level, which is where the tuna live and breed.

However, he said the eight-member group recognised that being the first of its kind there are questions and different circumstances in different locations. However, land mines still pose more risk. “Worse is the tailings that come through the rivers from land-based mines and into the sea, that to me will affect the fish to head the PNA.

“But it depends on the sites, in other places it may be different, there may be a lot of strong under current which could move the cloud (plumes) up (to the 200m mark) or the way they move the minerals up, then there is going to be problem,” Mr Kumoru said.

“That really has to be the fundamental principle in which they operate,” the DG said.

PNA’s commercial advisor Maurice Brownjohn in an earlier interview stressed the importance of countries getting together and setting region-wide minimum terms and conditions for mining.

It is this mechanism that has allowed the PNA countries to boost their returns from fishing by more than 400 per cent in five years.

Mr Brownjohn said all mining should meet environmental standards and mining products must come into port and be landed and cleared with 3rd party verification of the quantity and quality.

These conditions reduce the opportunity for cheating and provide jobs.

If companies are not prepared to meet the conditions Mr Brownjohn said they should be given their marching orders.

“If you (the companies) are not prepared to do so, go to the Atlantic. Then we can have some tangible benefits, otherwise there will be lots of promises but very little delivery,” he said.